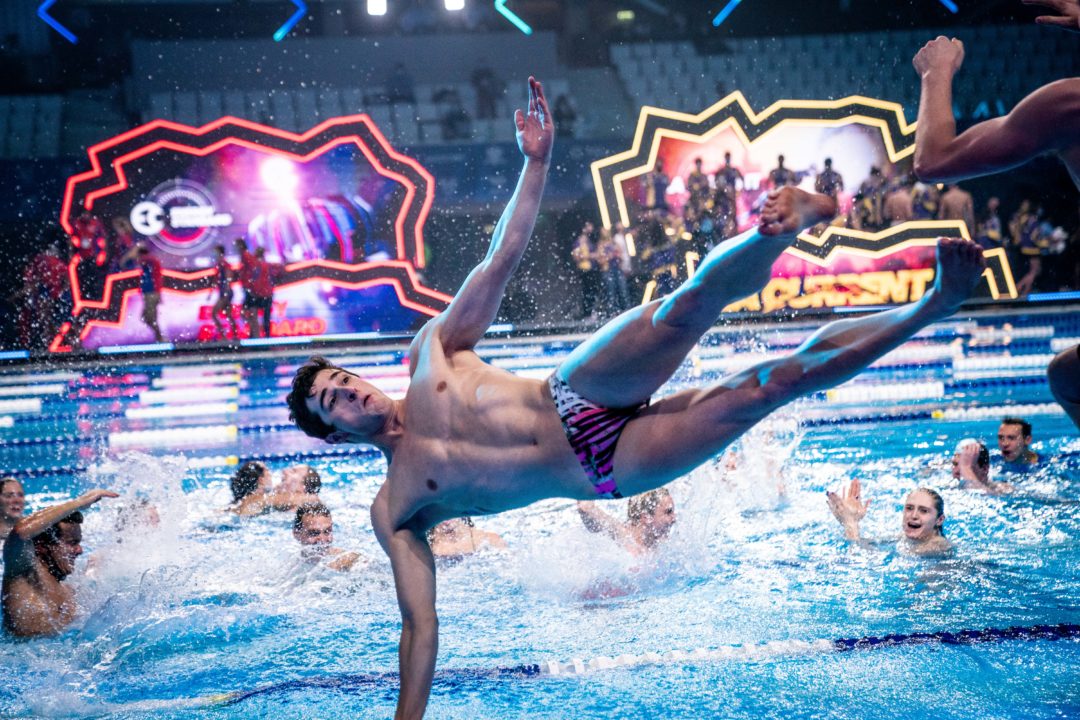 2020 was a really hard year for swimmers, and everyone else. See who made the best of it and are honored with our 2020 Swammy Awards. Archive photo via Mine Kasapoglu

2020 was a year unlike any other in the lifetimes of most reading this. It was a ‘precipice year,’ where a number of generational-type issues came to a point simultaneously.

What was supposed to be a year where the world’s greatest athletes would assemble in Tokyo for the world’s largest gathering at the 2020 Olympic Games instead became a year where athletes were struggling to find places to train, and where all of us were more isolated than ever.

The end of the year provided a light, though, in the form of the International Swimming League season, where many of the world’s top swimmers were able to travel to Budapest and live in their ‘bubble’ free from many of the stresses over when and where to find pool time to train and race that existed to the outside world.

Our approach this year was to try and view the season holistically. ISL wins mattered, but because of the nature of that event, we tried not to let them diminish the accomplishments done at other meets. We also made sure to look back to before quarantines, when coronavirus was still just another doomsday headline in a world where the ‘big one’ seems forever just around the corner. It seems like forever ago, but there were some big swims done in the early part of this year, when athletes still thought they were building to a mid-summer Olympics.

There is always some disagreement about these awards – their subjective nature invites that difference of opinion. We found that this year, some awards became more clear-cut because of the disruptions, while others became almost-impossible to decipher. In a year where the world was ready to declare “only long course matters in an Olympic season,” suddenly short course was grabbing most of the headlines.

One thing is for sure: 2020 isn’t a year that will soon be forgotten.

Read on to see who made the best of a really hard year.

Since I’ll be wondering everyday: who is the main swimmer in the image for this article? I keep thinking Pebley but he wasn’t on the Condors

male swimmer of the year: obviously, our lord and savior dean farris
with runner up going to dressel, can’t forget

why do they even call it male swimmer of the year? It should just be the Dean Farris award