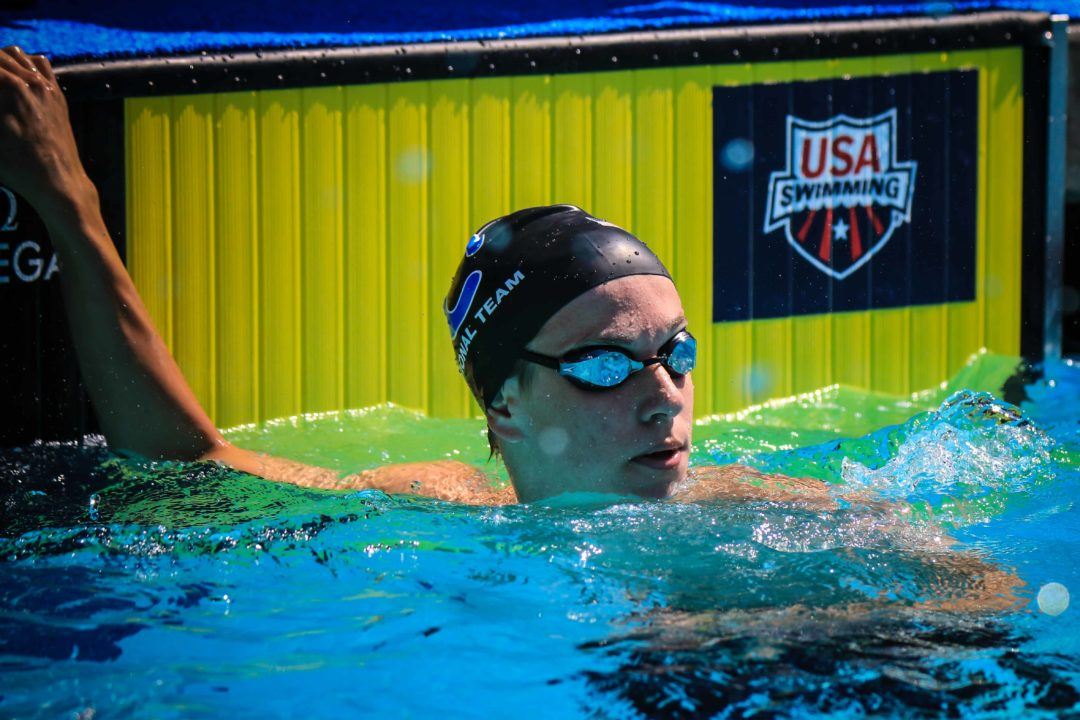 For the first time since 2015, SwimSwam’s high school team of the year is a boys program. Reaching back five years, only girls teams have won this award. Perhaps that’s a product of how many high school girls can put up college-level times in a given year, where those eye-popping, NCAA-scoring-level swims are much more rare on the boys side. Either way, this year’s Carmel High School boys truly earned the honor.

In fact, the Carmel boys finished with the #1 time across the nation in the NISCA All-America ranks for both the 200 medley relay (1:27.94) and 400 free relay (2:56.36), coming within two-tenths of a second of the overall national record in the former. The medley was a national public high school record.

Other Carmel swimmers ranked in the top 100 nationally, per the 2019-2020 NISCA All-America lists:

Davis, Malicki, Hadley and Mitchell made up that top-ranked medley relay. Mitchell, Rothrock, Hadley and Davis were on the top-ranked 400 free relay, which led all other relays on the list by almost three full seconds. Even in the relay without their star seniors, the combo of Brandon Edwards, Malicki, William Kok, and Rothrock went 1:24.52 to sit 43rd in the national All-America rankings.

“For the first time in history, SwimSwam’s high school team of the year is a boys program.”

We didn’t start giving a combined-gender high school team of the year award until 2015, and we gave separate boys and girls awards in 2014, so we missed the prime Bolles years.

No HM for Cincy St. X???? We just gonna ignore them being .03 behind the medley relay and them absolutely demolishing the state record in the 200 free relay? At least an honorable mention geez.

For Real. Why Doesn’t Anyone Love St. X As Much As St. X Loves St. X. Whatever. Self Love Is Where It’s At.

Demolished that record with #2 leaving way early, but X never gets DQED

Is this really a “high school team of the year” when they’re essentially a club team competing with high school caps on? Every state is different, but even in Coleman’s earlier interview, the young man from Carmel couldn’t even recall if there were high school only swimmers on the team, saying he doesn’t see a difference. Every state and their rules are different in terms of high school vs club, but not every school has an opportunity to train and compete like Carmel.