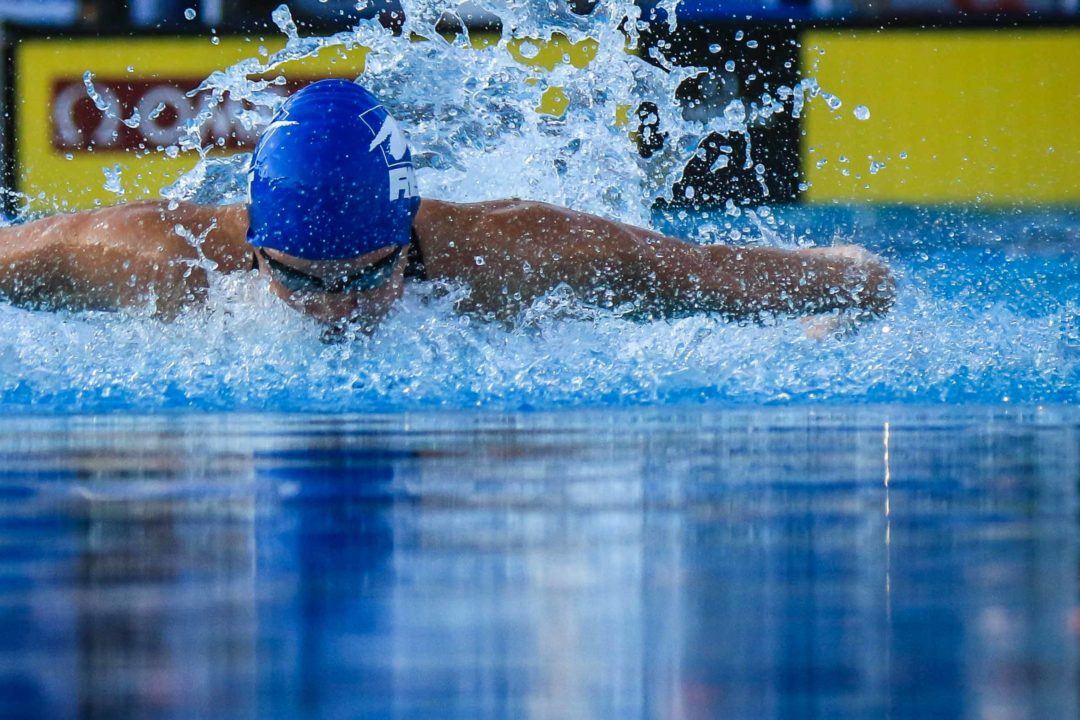 To see all of our 2018 Swammy Awards presented by TYR, click here.  2018 High School Team of the Year:... Archive photo via Jack Spitser/Spitser Photography

The girls of Fossil Ridge High School in Colorado dominated at an unprecedented level in 2018, winning 10 of 12 events and scoring the most points in Colorado high school state history.

The team was strong across the board, scoring four IMers and three each in the 100 free, fly, back and breast.

On the national level, the team shone just as strong. Fossil Ridge has a swimmer or relay ranked inside the top 10 nationally for high school results (per NISCA’s 2017-2018 All America lists) in 7 of 11 swimming events, and swimmers or relays ranked in the top 16 in two more events. That includes the #1-ranked high school performances nationwide in two races: the 200 medley relay (a national high school record 1:38.13 from Bayley Stewart, Zoe Bartel, Coleen Gillilan and Kylee Alons) and Gillilan in the 100 fly (52.05).

That medley relay set the overall national high school record and the national public school record, topping the fellow 2018 relay from Harpeth Hall in Tennessee (the national independent school record-holders) by six tenths. No other relays even broke 1:40 on the year.

You have to understand that the makeup of Fossil Ridge HS is strictly a mostly white and privileged student population and that people move to that school district and wealthy neighborhoods to be on that swim team, as well as try to school choice into that school solely to swim there and to be recruited for college swimming. Just some stats, if you will.

Why does someone always have to make it about race? Isn’t it racism if you try and make someone feel bad about their race to begin with? Come on…