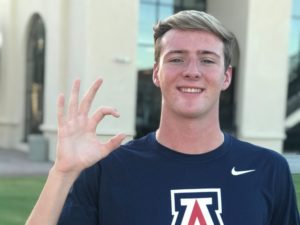 Phoenix Swim Club’s Mateja Milovanovic has announced he will remain in state and swim for the Arizona Wildcats in 2020-21. 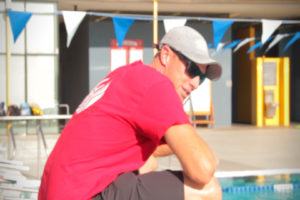 Garrett McCaffrey, Co-Founder of SwimSwam and swimming media legend, has embraced a new challenge, one much closer to the water than sitting behind a desk. 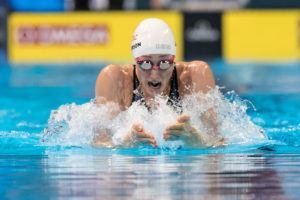 After taking 2nd in the 100 Breast at ATT Nats tonight, Breeja Larson discusses moving home to Tempe and training with Phoenix Swim Club under the tutelage of Swimswam’s own Garrett McCaffrey. 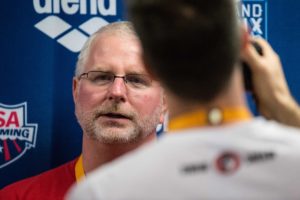 ASU Coach Bob Bowman sat down with Garrett McCaffrey for an exclusive interview this weekend. 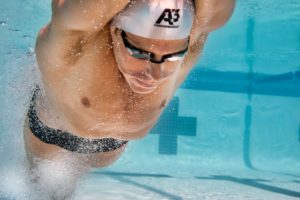 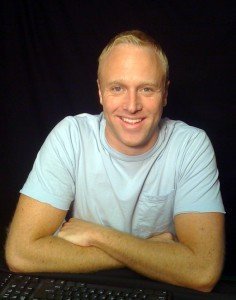 After graduating from University of Missouri’s award winning journalism program with a degree in broadcast, Garrett catapulted onto the scene with his work at Floswimming.com. His mission was to bring the sport of swimming to the masses.

Through posting training videos, interviews and races online, McCaffrey created a readily available community for swimming fans to have a dialogue and learn from the best in the sport.

In 2009 he began work at Swimming World Magazine, producing video content for SwimmingWorld.tv. His talents in front of and behind the camera brought the swimming world such fan favorites as Split Time, McCaffreyCap, the Morning Swim Show, and numerous swim meet broadcasts.

Garrett McCaffrey’s work as a swim journalist has taken him to events worldwide including the 2008 Olympics in Beijing, the 2009 World Championships in Rome and the 2010 Pan Pacific Championships in Irvine, California.

As a true fan of the sport, McCaffrey’s journalism skills and personal passions combine to create news, interviews and conversational topics that are respected by coaches, swimmers and fans worldwide. 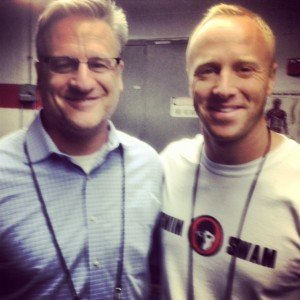 Garrett McCaffrey with the SwimSwam Crew at Olympic Trials 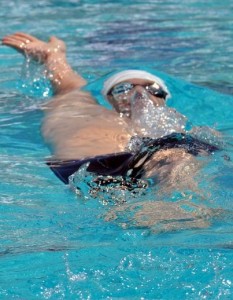 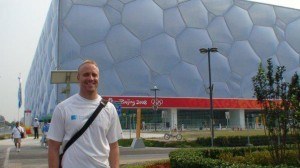 Garrett McCaffrey outside of the Water Cube at the 2008 Olympics 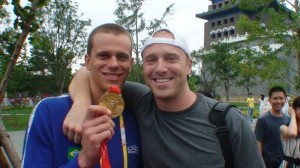 Garrett McCaffrey at the 2008 Olympics with 50 Free Champ, Cesar Cielo. 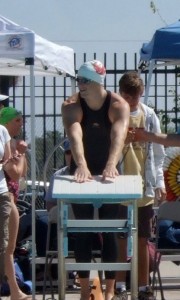 Garrett McCaffrey at the Bird’s Nest in Beijing.

Garrett McCaffrey as a senior at the University of Missouri.