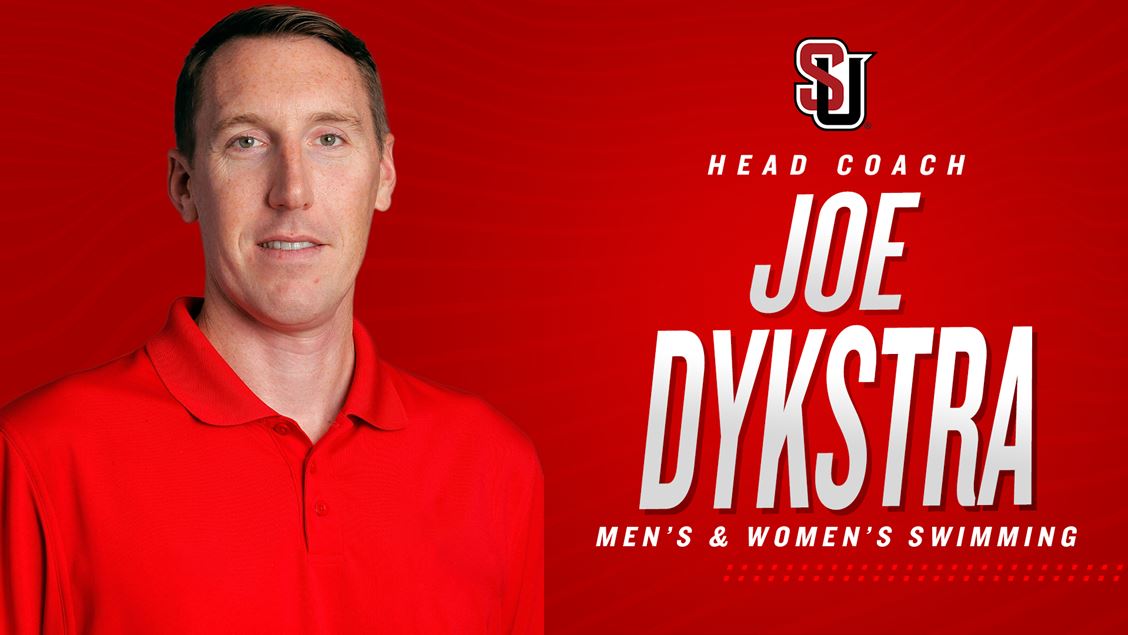 Seattle University has announced the hiring of Joe Dykstra as the new head coach of the school’s men’s and women’s swimming programs.

The school plans to retain Garrett McCaffrey, who served as an assistant coach under the program’s previous head coach, Craig Nisgor. Nisgor was the Seattle’s head coach for the last 11 seasons.

Dykstra comes to the Seattle U from the University of Utah, where he coached for the last 9 seasons. In that period, he coached swimmers to 25 CSCAA All-America awards (in addition to 8 diving honors). Utah athletes won four Pac-12 titles, including three by swimmers, and Utah’s men’s team scored relay points in each of the last two NCAA Championships.

The Utah men were 6th out of 6 teams at the 2022 Pac-12 Championships, while the Utah women finished 7th out of 8 teams. That was a step back from the 2021 season, where the Utes men finished 4th out of 5 teams (beating conference stalwarts USC) and the women were 5th out of 7 teams (finishing ahead of Arizona).

In 2015, the Utah men’s team finished 22nd at NCAAs with the most points scored in program history.

Dykstra resigned at the end of last season.

Prior to Utah, Dykstra served as the head coach of North Texas’ women’s team for 7 years. During his stint with North Texas, he was named the Sun Belt Coach of the Year twice. While he was with the team, North Texas had its first NCAA qualifier in 15 years.

Dykstra has also previously served as the associate head coach at the University of Washington, his alma mater, which no longer sponsors swimming & diving.

Dykstra started his collegiate coaching career as a volunteer assistant at Tennessee in the late 90s.

Dykstra was the president of the Board of Directors at the CSCAA until May, when his term ended and he handed off that role to Cincinnatti’s Mandy DiSalle.

Seattle’s men’s team finished 6th out of 6 teams at last year’s WAC Championship meet. Their 126 points left them well behind 5th-place Grand Canyon, which had 540.33 points. The Seattle women finished 8th out of 8 teams with 148 points, though by a closer margin than the men: they were only 79 points behind 7th place Dixie State University.

Seattle University is a private NCAA Division I University located in Seattle, Washington. The school does not currently sponsor a diving program.

Garrett McCaffrey is a co-founder of SwimSwam.

Why did Joe leave Utah? I wonder how the pay compares between the 2 positions.

Any relation to Lenny “Nails”?

No. But someone once told me a second-hand story that he met Lenny Dykstra once. It was a pretty good story, but it was like 15 years ago so I don’t remember the details.

Branden has the best stories!

This guy did an amazing job with facilities that were less than his competitors. Glad he landed in a good spot. Best wishes.

What happened to Craig?

Why was he fired? Lack of performance? Culture?

They really don’t have the best track record with coaches named Craig. Hopefully this will be an upgrade.

Braden you seem to have a few contacts with USA Swimming, you’ve got to find out what happened to Dressel man. The longer it goes on the more suspicious it looks, they shouldn’t be allowed to just sweep the biggest swimmer in the sport leaving the WORLD CHAMPIONSHIPS under the rug #WhereIsRemel

He had sudden illness.

In all seriousness from a very close inside source it was a mental health breakdown. Caleb has developed performance anxiety that isn’t necessarily just about records or placing. Hope he gets the help he needs.

Maybe we can have an article “if Caleb finished competing in all his events and relays!”

While I am curious too, its none of our business. If CD wants to say why he left he will.

We don’t need to hear about it. This is going to become more common. If Phelps were in his prime today he’d be less reluctant to take a break if he sensed he needed it

Only D1 program for men in the Pacific Northwest, so it would be great if Coach Dykstra can get the program to a more competitive level. Will be hard to overcome the old dungeon pool though. But it’s in a great location for an urban Seattle experience.

How is the team funding? Can they offer full scholarships?

They could start by recruiting swimmers that are actually from the area.

Is he from Seattle? And just wanted/had to move back home?

Try reading, it can be fun and informative,