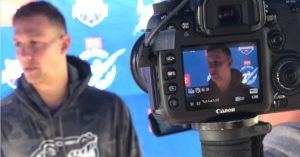 6 Tips to Capture Awesome Race Videos of Your Star Swimmer

SwimSwam’s insiders give you 6 ways to improve your race footage, including how to avoid the key mistakes that ruin more videos than anything else. 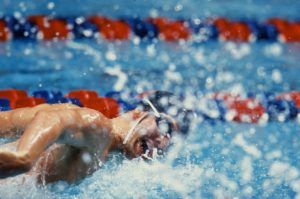 If you want a swimming clinic with Olympic Champion Mel Stewart plus a Practice + Pancakes episode for your swim team, please participate in this auction to support the USA Swimming Foundation’s mission of saving lives and building champions. 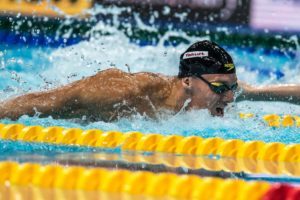 This year, for the first time ever, the USA Swimming Foundation will be auctioning a Practice + Pancakes episode as well as a clinic with 3-time Olympic Medalist Mel Stewart with your swim team!

Capitani has managed to bring the championship mindset with her from Athens and instill it in her Longhorn company.

When I visited the club, I was surprised to learn they were founded in 2007, just turning 10 this year.

Coleman started his journey in the water at age 1, and although he actually has no memory of that, something must have stuck. A Missouri native, he joined the Columbia Swim Club at age 9, where he is still remembered for his stylish dragon swim trunks. After giving up on his one true dream of becoming a professional breakdancer, Coleman begrudgingly decided to commit his time to the pool.

It wasn’t all bad though, and by high school graduation he actually came to love the sport and all it had taught him. After high school, he earned a bachelors in Communication from the University of Missouri and coached for Columbia Swim Club through all 4 years of his degree (And 2 years after it).

Currently, Coleman acts as both the Production Manager and Good Looks of Swimswam. He lives in Austin, Texas where you can find him trying to be too trendy for his own good,eating endless pancakes, and staring at himself in the mirror for hours on end.

Of note, Coleman also has a brother who swam named Wyatt who swam for Purdue collegiately and competed at the 2012 and 2016 Olympic Trials. You may recognize Wyatt from the stellar meet he had in June 2018 in Santa Clara, where he went a lifetime best in the 100 breast (1:01.8) by nearly 2 seconds (at the age of 28) a month after receiving his PhD in mechanical engineering from the University of California, Berkeley. So yes, he’s kind of a big deal.