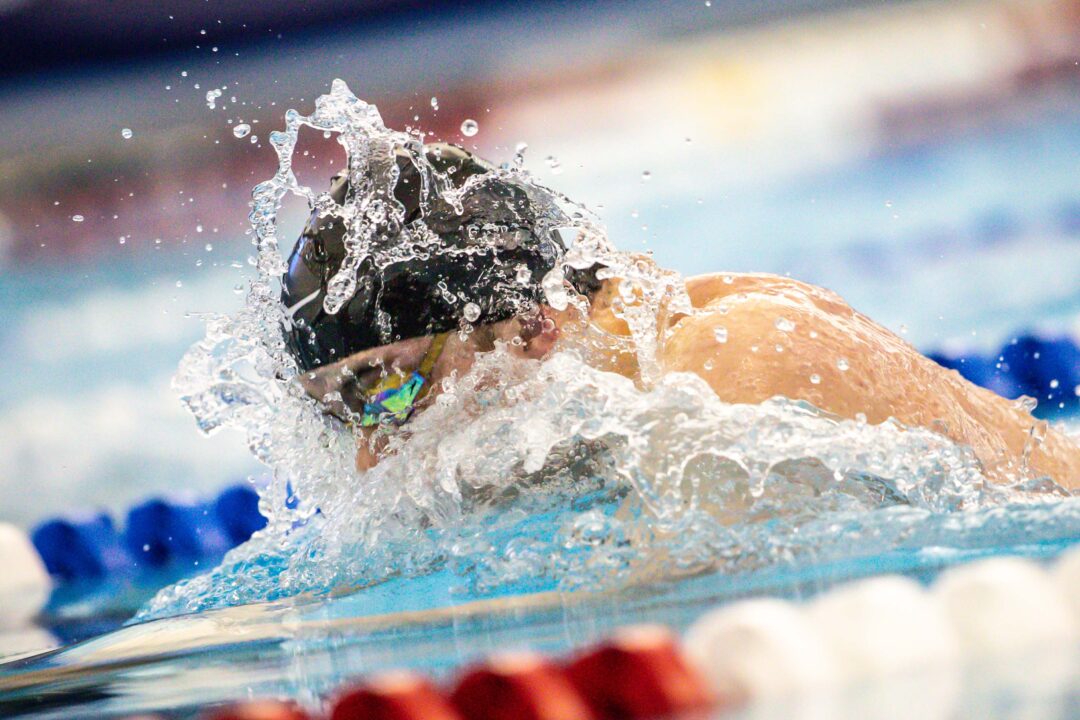 Ohio State: The Buckeyes got a late addition that bumps their recruiting class into honorable mention territory. Lithuanian national teamer Tomas Navikonis was originally supposed to join the Florida Gators, but brings his long course 22.9/49.9/1:48.4 freestyle speed to Columbus instead. Those times convert to roughly 19.9/43.6/1:34.1 in yards, making him a key relay addition. Ohio State also has Florida State transfer Rush Clark (47.1/1:46.2 in butterfly) along with Texas high school product Mason Edmund (15:21 in the mile, 4:23 in the 500 free and 3:48 in the 400 IM).

Alabama: Alabama works to reload its relays with a pair of 20.1/44.2 sprinters: Kansas’s Drayden Bell and Texas’s Connor Little. They’ve got a deep group of developing sprinters coming in, including two other 20-pointers in Ethan Otten and Gavin Lindley. That’s not mentioning their big international get, Dutch sprinter Tim Korstanje, whose 22.7/50.5 long course times roughly convert to 19.7/44.1 in yards.

Army West Point: The big name for Army West Point is breaststroker Kohen Rankin, the fastest 100 breaststroker in the entire nation for this recruiting class at 52.36. That’s just a tenth or so off of an NCAA invite time, and Rankin is dropping time extremely quickly at this point in his career. Brice Barrieault also made our “best of the rest” list as a 4:24/14:59 miler.

USC: USC has a relatively small recruiting class, but got two “best of the rest” athletes who make up the front half of the medley relay of the future. Ronald Dalmacio is a 47.8/1:44.9 backstroker, while Charlie Arnold is 53.2/1:57.0 in breaststroke. In addition, they got 47-high backstroker/butterflyer Griffin O’Leary.

UNC has some domestic studs like Patrick Sleater and Tyler Roberton. Louis Drama and Sebastian Lunak from Europe will also boost their stock a ton. They should be a honorable mention.

You’re right, they probably should. Sometimes classes that are boosted by internationals are missed when we run through our info – that was probably the case here.

We’ll add them to HM.

No Wisconsin? A world semi finalist doesn’t get anything?

They missed half of cal’s recruiting class what do you expect?

No mention of sub 15 LCM miler Victor Johansson for the Tide? He’s gotta be at least in contention to podium at SECs this year and be in the top heat at NCAAs

I think it’s also important to note that Hayden Ghufran is at Arizona too that kid is fast!