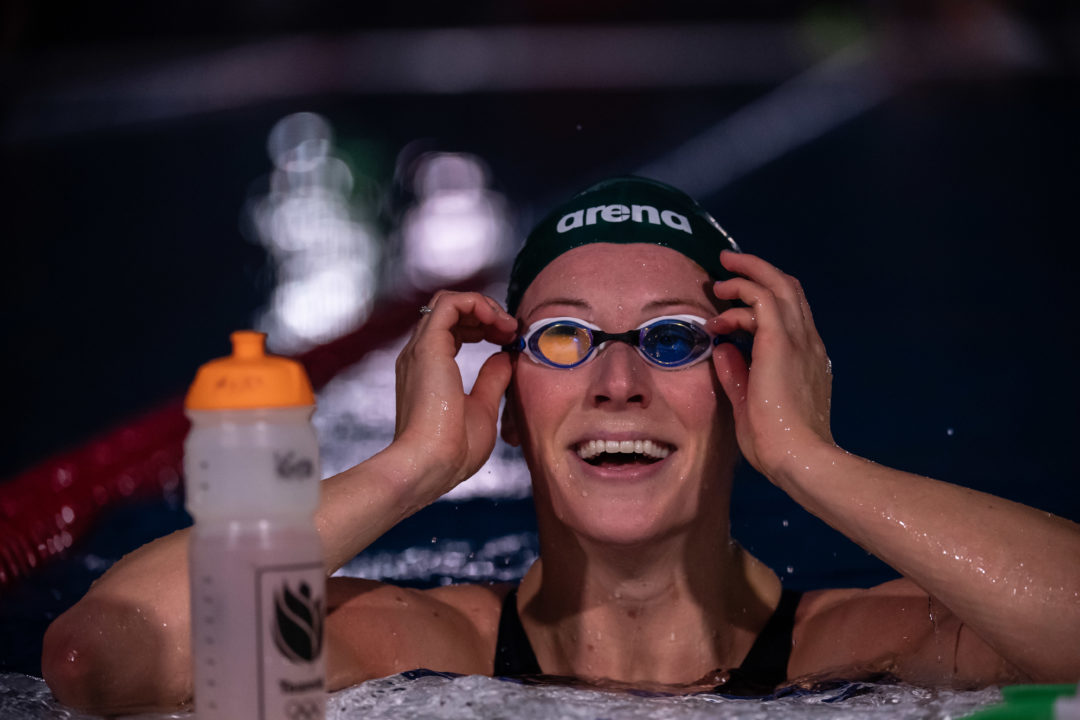 This year's European Coach of the Year goes to the coach of the Netherlands' best of 2020 including world record breaker Kira Toussaint. Archive photo via Mike Lewis/Ola Vista Photography

2020 EUROPEAN COACH OF THE YEAR: MARK FABER, THE NETHERLANDS

This year’s Swammy for European Coach of the Year goes to the head coach of the Netherlands National Training Center, Amsterdam Mark Faber. Faber has been in the role since 2016 and has since coached the Dutch training squad to numerous international and national medals.

This year, Faber’s top performers came in the form of Kira Toussaint and Arno Kamminga. Toussaint raced this International Swimming League season for the London Roar, serving as an important backstroke asset. Over her first four meets this season, Toussaint picked up 3 victories in the 100 backstroke, one in the 50 back, and a number of top 3 finishes in the 200 back and relays.

Toussaint ended the 2020 ISL season as London’s second-highest point scorer this year after Adam Peaty and #17 league-wide with a season total of 179.00.

Post-ISL, Toussaint delivered some solid long course swims, lowering the Dutch records in both the 50 and 100 backstroke. At the 2020 Rotterdam Qualification Meet in December 2020, she hit a 27.37 and 58.91, respectively for new NRs.

Also setting a number of Dutch records this year was Faber-trained breaststroker Arno Kamminga. Kamminga set national records on both ends of quarantine, hitting the 100 breast mark back in March with a 58.43 at the 2020 Diamond Speedo Race. Kamminga raced along with Toussaint at the Rotterdam Qualification Meet later in the year, lowering the long course Dutch records to 26.88 in the 50 breast and 2:06.85.

While he didn’t hit his own 50 or 100 marks in the short course, Kamminga lowered the Dutch record in the 200 breast with his 2:01.43 at the Amsterdam Christmas Meet.

Toussaint and Kamminga are among those from Faber’s training group who have qualified to swim at the Olympics next year. Also qualified from the team are Jesse Puts and Tes Schouten.

Puts and Schouten each had successful years in their own right, each setting two Dutch records this year. Schouten set new marks in both the long course 100 and 200 breaststrokes at the Rotterdam Qualification meet. She lowered the marks in those events to a 1:06.92 and 2:26.95, respectively.

Puts on the other hand was a member of 2 different Dutch record-breaking relays this year. At the Amsterdam Christmas Meet in December, Puts played a part in downing both the 4×50 freestyle and 4×100 medley relays.

it is de coach who take’s a risk with his swimmers in covid time, its a blam that somebody choose him.

Is Kamminga qualified for the Olympics in the 200 breast?