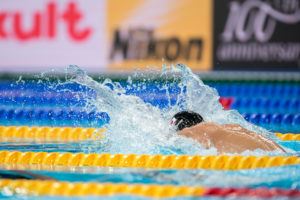 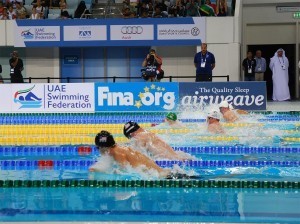 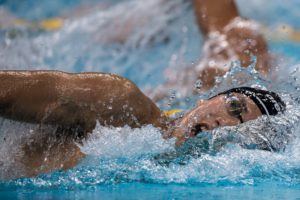 Japan’s Katsuhiro Matsumoto is showing his prowess across both the 200m and 100m freestyle events, getting it done for gold at the Kirara Cup.

As with the upcoming Konami Open, the Japanese Olympic Trials will also be offering cash prizes for broken records. But, which ones are likely to go down? 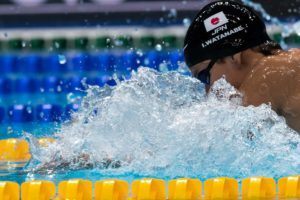 Ippei Watanabe is a breaststroke specialist from Japan, carrying the nations strong 200 breaststroke legacy on his young shoulders. He began 2017 by breaking the 200 breaststroke world record in 2:06.67 to become the first swimmer ever to go under the 2:07 mark. He is also the Olympic Record holder in the event after a 2:07.22 performance in the semi-finals at the Rio games.

Watanabe dominated the 200 meter breaststroke in the final years of his junior career. He first broke the Junior World Record at the 2014 Japan Open with a mark of 2:10.23. He broke it twice more before he transitioned to his senior career. At the Japanese nationals in 2015 he lowered the record to 2:09.89 before lowering it to 2:09.75 a month later at the Japan Open.

Watanabe made a promising run for an Olympic gold medal in the 200 meter breaststroke in Rio, qualifying in first place for the final. In the semi-final he broke the Olympic record in 2:07.22, but he was unable to replicate his performance in the final. He finished in 2:07.87 to take sixth place in his first Olympic final.

In the first month of 2017, Wantanabe broke his first senior World Record in the 200 meter breaststroke at the Kosuke Kitajima Cup in Tokyo. His time of 2.06.67 was .34 seconds faster than the previous mark held by his compatriot, Akihiro Yamaguchi, that stood since 2012. He also became the first swimmer ever to break the 2:07 mark in the event. He is the sixth Japanese male swimmer to hold the World Record in the event.

At 19 years old, the World Record breaking swim gave a glimpse of the potential of the young breaststroker who will have a home Olympics next time around, if he qualifies. Less than two years earlier, Watanabe broke the Junior World Record in the event in 2:09.75. The more than two second drop in time over that period highlighted the impressive improvements in the young swimmer.

At his first World Championships, Watanabe finished with a bronze medal in the 200 meter breaststroke in 2:07.47.

On day 1, Watanabe swam the 100 breast, making the B-final and finishing 2nd in the heat (1:00.49). He finished off his pan pacs performance with a gold in the men’s 200 breast, touching for first in a time of 2:07.75, breaking the meet record that had been set in prelims that morning by American Josh Prenot.

In Jakarta, Watanabe earned 3 silver medals to add to his summer haul. He placed 2nd behind countryman Yasuhiro Koseki in the 200 breast (2:07.82), just .01 away from gold. He also swam prelims of Japans 4×100 mixed medley and medley relays, both of which would go on to earn 2nd place in finals.

Watanabe once again finished in 3rd in the 200 breast at the world championships, nearly eclipsing his best time by touching for bronze in 2:06.73.