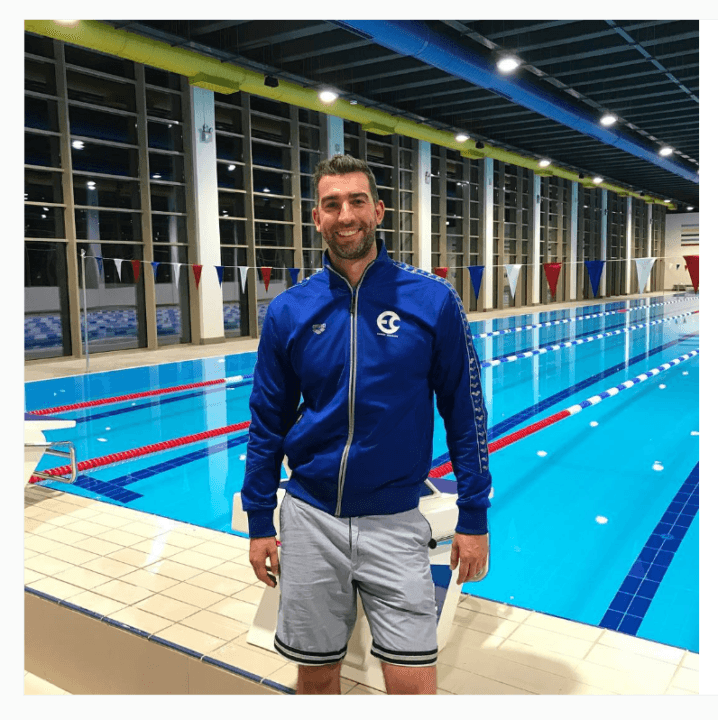 It's James Gibson, who not only had swimmers shine at the World Championships, but got to show off his own strategic coaching acumen in the ISL. Archive photo via James Gibson Instagram

Make it two in a row for James Gibson, who not only had swimmers shine at the World Championships, but got to show off his own strategic coaching acumen in the International Swimming League.

The Energy Standard club and ISL skipper oversaw a number of the top athletes at the World Championships, with Energy Standard compiling 13 medals in Budapest. Sarah Sjostrom was the big winner with one gold, two silvers and two bronzes. But the Energy Standard lineup included Kliment Kolesnikov (who won 50 back and 4×100 free relay silver despite battling through a shoulder injury during 2019), Andrei Minakov (the breakout Russian star won won 100 fly silver at 17 to go with a medley relay bronze), Mykhailo Romanchuk (silver in the 1500), Chad le Clos (bronzes in 100 and 200 fly) and Georgia Davis (a relay bronze for Great Britain).

But it was in the ISL where Gibson’s coaching skills really shined. Heading an Energy Standard roster that had a surplus of talent and depth by pulling Energy Standard club standouts, Gibson managed to out-maneuver the other team coaches consistently with his relay lineups, stacking or splitting relays as needed with pinpoint accuracy. Gibson had a clear grasp of the ins and outs of the ISL format from the beginning, making calls that looked questionable, but paid off in a big way. One major one was consistently leaving Kolesnikov out of the 200 back for arguably weaker swimmers. On the surface, it seemed like a mistake, but Gibson was able to lean on Energy Standard’s great depth and keep Kolesnikov fresh for the men’s medley relay just two events later.

One thing I will point out about the club swimmers(not the ISL swimmers) is that most of them were slower than the year before which isn’t exactly the best sign in the world.