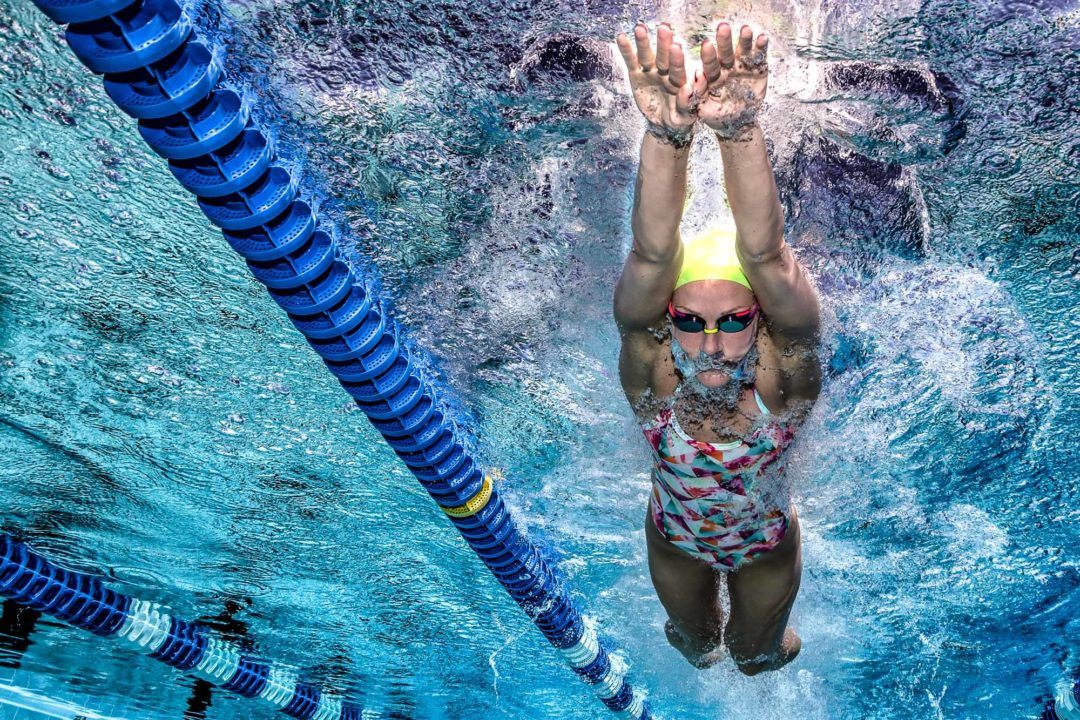 At the center of the FINA versus International Swim League (ISL) battle was the Energy for Swim Meet organized by the International Swimming Club Energy Standard. The elite training collaborative club has been on the world radar upon its inception in 2012, making waves both in and out of the pool ever since.

Training at Gloria Sports Arena, considered to be one of the best training centers in Europe, Energy Standard represents a unique collection of athletes and coaches from Russia and Ukraine. The club is financed by well-known Ukrainian businessman and philanthropist Konstantin Grigorishin, with Andrea Di Nino serving as Chief Consultant.

Although she didn’t compete in Hangzhou, Sjostrom scored multiple impressive performances across the World Cup circuit, ultimately earning the overall female series title. Prior to that string of powerhouse swims, Sjostrom collected an array of golds in Glasgow at the European Championships, taking the women’s 50m/100m freestyle and 50m/100m butterfly.

Indeed several of the aforementioned athletes still train in their home nations under the tutelage of domestic coaches. However, it’s the spirit of the team as a whole that is fostered by the coaches of Energy Standard, with the ability to combine different cultures, mentalities and physical attributes into a formidable, cohesive squad that is foreshadowing the future of international swimming.

A former Olympic distance swimmer himself, Minotti has been able to bring out the best of 19-year-old Simona Quadarella during her breakout 2018 year. The Italian freestyle ace brought home an impressive 3 individual gold medals from Glasgow at this year’s European Championships. Quadarella topped the podium in the 400m, 800m and 1500m freestyle events, notching a new Italian National Record in the 800m free (8:16.45).

While competing at the Mario Battisteli Trophy just last month, Quadarella fired off a new national standard in the SCM 1500 freestyle, clocking a lifetime best of 15:44.76.

The 20-year-old ended her impressive run with an 800m freestyle silver at the Short Course World Championships in Hangzhou.

As Coach of the National Training Center in Eindhoven, Pearson has Dutch superstar Ranomi Kromowidjojo on his squad with the 28-year-old Olympian showing no signs of stopping. This year alone, Kromowidjojo showed her versatility by snagging a 50m back National Record, in addition to dueling with Sjostrom across the entire World Cup circuit.

Flash forward to the Short Course World Championships, and Kromo cemented her legendary sprinter status, taking golds across the 50m/100m free, as well as the 100m free. She was also instrumental in snagging relay silver medals for the Dutch, standing on the podium in the runner-up spot across the 4x50m free, 4x100m free and both mixed relays.

Is James Gibson not the head coach? What kind of structure do they have that lead you to give it to the whole coaching staff and not just the head coach like a lot of the other coach-of-the-year awards?