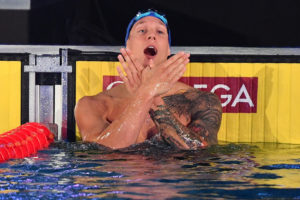 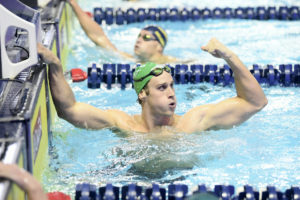 Momentum Points: London Roar Could Go +20 on Energy Standard in a 2-Event Swing

Alexander Graham (above) has turned into a surprise hero for the London Roar this season, having swum the 3 fastest winning times in the 200 free so far. 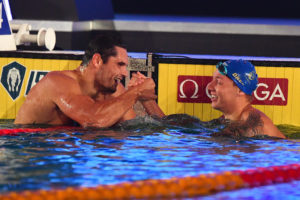 Georgia Davies is a British swimmer who specializes in backstroke.

At her home Olympic Games in London, Davies came out of the prelims in the 100 backstroke in 6th, but did not advance from the semi finals.

Davies won her first major international gold medal in Glasgow, touching the wall in the 50 backstroke at 27.56 to be declared commonwealth champion. She also earned silver in the 100 back (59.58).

Davies earned 2 golds in London by swimming on the prelims of the winning women’s and mixed 4×100 medley relays. She also earned individual bronze in the 50 back (27.87).

Georgia once again competed in the 100 back at the Olympic Games, but once again did not qualify for the final heat after finishing 10th (59.85) in semis.

Davies made it to the top in Glasgow, earning her first major international title in the 50 back with a huge personal best of 27.23. She also swam a personal best in the 100 back (59.36) to earn silver. She earned another gold in the mixed 4×100 medley relay, and topped the meet off with a bronze in the women’s 4×100 medley relay.

In Hangzhou, Davies went 3-for-3 in medaling at international meets, tying for 3rd with Australian Minna Atherton in the 100 back (56.74).