Medi Harris Takes Down Georgia Davies 100 Back Record At BUCS 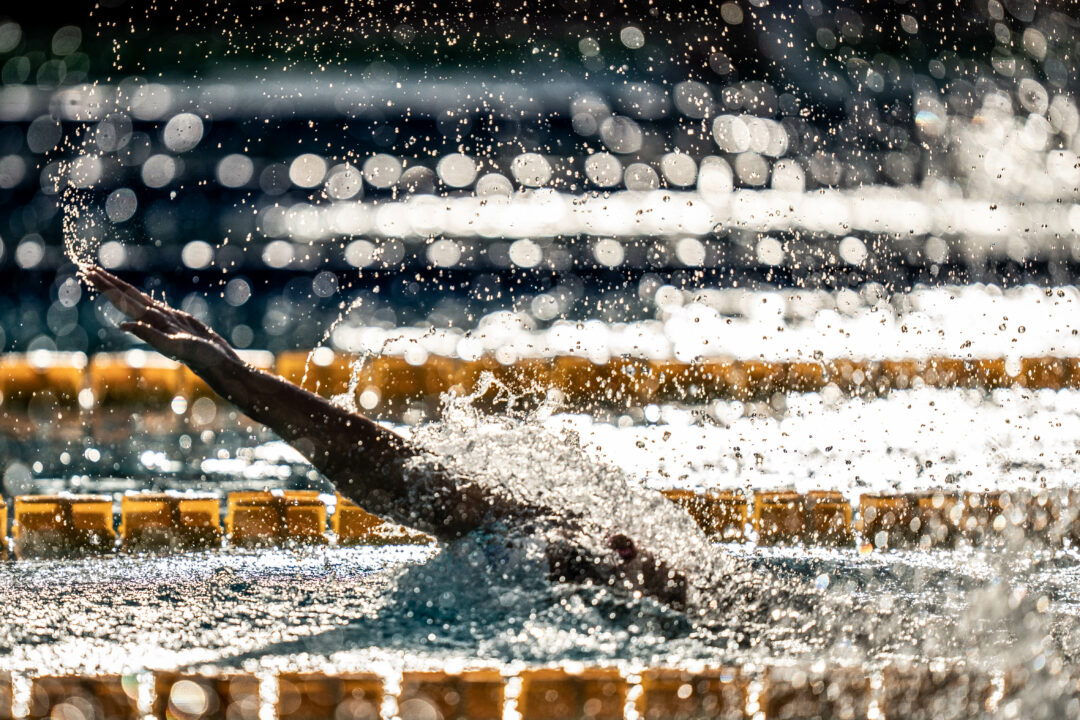 Check out highlights from the 2022 British Universities & Colleges (BUCS) Long Course Championships from Ponds Forge this weekend. Stock photo via Mine Kasapoglu

As with the SC Championships last November, spectators were treated to performances by Swede Louise Hansson and Austrian Felix Auboeck, both of whom raced stateside in the NCAA and now represent Loughborough.

25-year-old Hansson made her presence known across several events, including the women’s 100m fly. Hansson logged a quick time of 57.64 to not only take the gold but to represent the only swimmer of the field to delve under a minute.

Hansson also won the women’s 100m free, putting up a time of 55.26. She and Stirling’s Emma Russell marked the only two racers to get under 56 seconds, with Russell snagging silver in 55.90.

As for Auboeck, the former Michigan Wolverine was the top man in the 200m freestyle, reaping gold in 1:49.03, while also helping the Loughborough men top the 400m free and 400m medley relay podiums.

The women’s 100m breaststroke saw Kara Hanlon take down a Scottish national record en route to reaping the BUCS championships title. Hanlon posted a time of 1:07.64 to become her nation’s fastest-ever swimmer in this event.

The Edinburgh athlete opened in 31.53 and closed in 36.11 to knock .03 off of the longstanding Scottish standard of 1:07.67 Kirsty Balfour put on the books back at the 2007 World Championships.

Entering this meet, Harris had never before broken the minute mark, owning a PB of 1:00.38 from July of last year. As such, she managed to drop over a second off of that previous career-best to now enter entirely new territory.

She was very fast as a 15yo, then covid struck when she was on the cusp of improvements, so it was nice to see her do this; Suspect we’ll see a fair amount of youngsters making big drops again this year. A shame to see the legend that is Georgia Davies’ Welsh record go down so soon after retirement, but she’ll be thrilled for Medi.

wonder if it would be worth putting Greenbank on leadoff in mixed medley since England’s best female backstroker goes like a 1:01

Then they can’t use Guy on fly. What female flyer do they have?

Laura Stephens, went 57.9 at trials last year and 57.5 on a relay at euros last year

Scotland is looking like the most solid team from GB for the womens medley, with Dawson-Hanlon-MacInnes-Davis. Suspect England will go back to the old MMFF for the mixed medley.

Hopes only roling takover split last year was her 54.73 in the Olympic 4×100 final. Hopkin went 52.00 in the mixed medley final

Wouldn’t be surprised if Davis usurps Hope on anchor for Scotland.

Kara Hanlon swam 1.07.6 at BUCS and I suspect we’ll see further drops this summer, so the advantage England have on breaststroke will be less than 1.5s imo. I still see England as the most likely bronze medal winner, but one of the backstrokers will need to step up to sure things up.

Well hello there, where did that Harris performance come from?!

only 19 still too, bright future ahead.