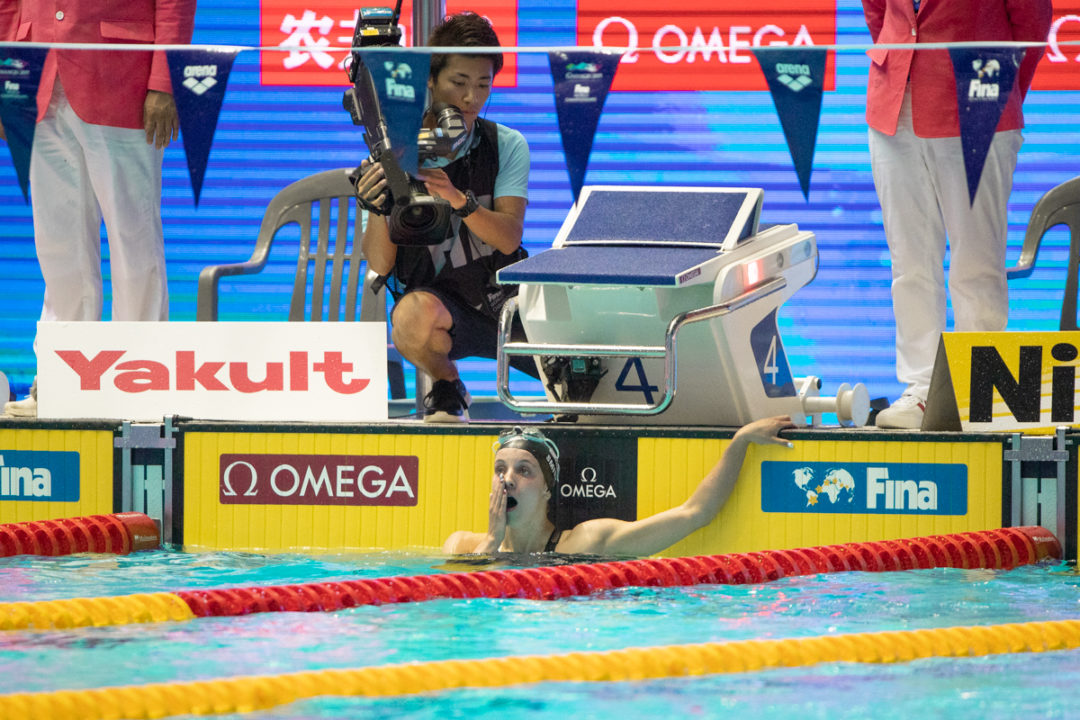 Torri Huske and Josh Matheny are the 2019 Swammy winners for 15-16 Age Group Swimmers of the Year.

Urlando didn’t waste any time after turning 17 on March 16th before starting to have an impact on the 17-18 age group. A month after logging PBs in the 50y free (19.88) and 100y free (43.23) and swimming the 18th-fastest 200y IM (1:43.87) in 17-18 history in California high school season, he kicked off long course season at the Mel Zajac Jr. International in Vancouver where he clocked a huge PB of 1:54.35 in the 200m fly. It was the fastest performance by an American so far that season. In fact, it was the fastest time done by an American since Michael Phelps’ gold medal swim at the 2016 Olympic Games. Urlando wasn’t finished, though. At TYR Pro Series Clovis, he took another half-second off his time in the 200m fly to break the boys 17-18 National Age Group Record with 1:53.84. That swim wiped out Michael Phelps’ legendary NAG of 1:53.93 from 2003 World Championships. Urlando became the third-fastest American in history behind Phelps (1:51.51 – WR) and Tyler Clary (1:53.64).

Pretty sure Foster turned 18 in October ( approximately ). Therefore he can’t have 20 months left in the 17-18 age group

Let’s just give a bit of time to thank Swimswam for all they do in the swimming community and giving us content like this!

A BIG thank you, always.