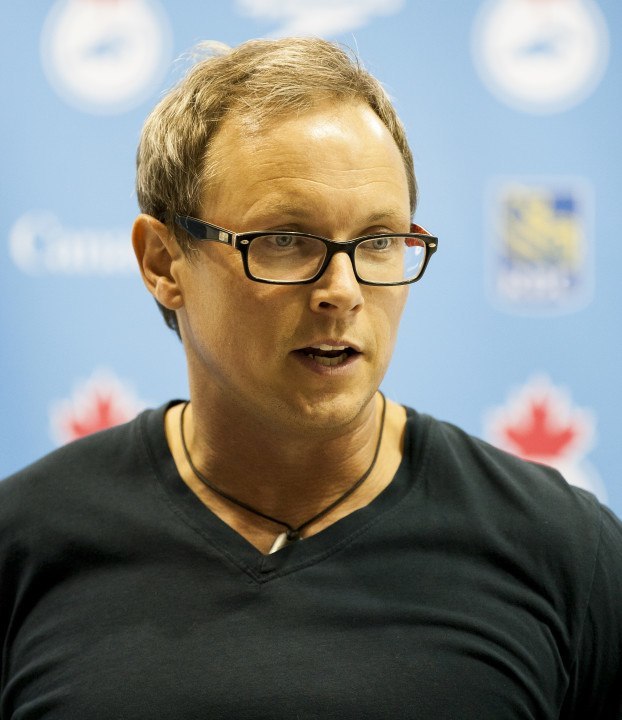 Ben Titley has headed up a crew of Canada's finest athletes throughout 2017, and he also coached the Canadian roster that won a historic gold as well as three bronzes in the pool. Archive photo via Chris Tanouye/www.christanouye.com

Meehan was our NCAA Coach of the Year, but the success of his swimmers far transcended that arena into the international realm. His star duo of Katie Ledecky and Simone Manuel combined for 10 gold, 1 silver and 1 bronze medal at the 2017 World Championships – more than any other non-U.S. country in the overall medal table. Add in two prelims golds for Lia Neal and what would have been a likely finals appearance for Ella Eastin were it not for a controversial DQ, and Meehan’s crew put together the best showing of any training group at Worlds.

Titley has headed up a crew of Canada’s finest athletes throughout 2017, and he also coached the Canadian roster that won a historic gold as well as three bronzes in the pool. His training group includes rising star Penny Oleksiak, sprinter Chantal van Landeghem and breaststroker Richard Funk, all of whom won medals in Budapest.

This one is a tough call between Simon Cusack and David Lush. Lush’s swimmers had the better World Championships, with Emily Seebohm winning Australia’s sole gold medal. But Cusack’s group gets a boost from Cate Campbell, who elected to sit out of Worlds but did break a world record in the short course 100 freestyle. Cusack gets major credit for supporting his star athlete in taking potentially much-needed time off from international competition while still having her ready to put up a historic 100 free time in October, as well as training Bronte Campbell to take two silvers and a bronze at Worlds.

Legendary Japanese coach Nori Hirai presided over a national delegation that struggled for golds but still won four silvers and three bronzes in Budapest. Hirai’s biggest successes this year came with 22-year-old IMer Yui Ohashi, who went from not even making the Japanese Olympic team in 2016 to taking World Champs silver in the 200 IM in Budapest. Hirai also coached the uber-versatile Kosuke Hagino to silver in the men’s 200 IM, and Hagino was only a half-second out of gold.

Tygerberg Aquatics coach Bianca Marais may be coaching the next great South African swimming star – Rebecca Meder. At just 14, Meder won five events each at South Africa’s long course and short course national championship meets in 2017. Marais also coaches Meder’s older sister Abigail, who is 17. The Meders are part of an upcoming class of talented young female swimmers, a welcome sight for a South African team that has mostly been known for its talents on the men’s side.

Once known mainly for coaching pool swimmers, France’s Philippe Lucas has reinvented himself as perhaps the world’s premier open water coach. Lucas rose to prominence for coaching Laure Manaudou in the early 2000s. As recently as 2015, he joked that he didn’t know much about open water swimmer and was in the bar when France’s Aurelie Muller won Worlds gold in Kazan. But in 2017, he coached two different swimmers to open water World Champs gold: Muller in the women’s 10K and Marc-Antoine Olivier in the men’s 5K. Lucas also coached Dutch pool star Femke Heemskerk.

An exciting young coach for Brazil, Rogerio Karfunkelstein has gained notoriety in 2017 for coaching one of the nation’s most exciting young swimmers. His athlete Guilherme Costa broke the South American record in the 1500 no less than four times this year, and took the record below 15 minutes for the first time ever. Karfunkelstein’s work with the 19-year-old sensation also earned the Marina Barra Clube coach BestSwimming Brazil’s Coach of the Year honor.

So who is Sun Yangs Coach ?

Jared, why not Johan Wallberg in Europe? I like Lucas, both because his team’s results and his figure, but Johan’s (or Shane’s) successfullness was more, higher in 2017.