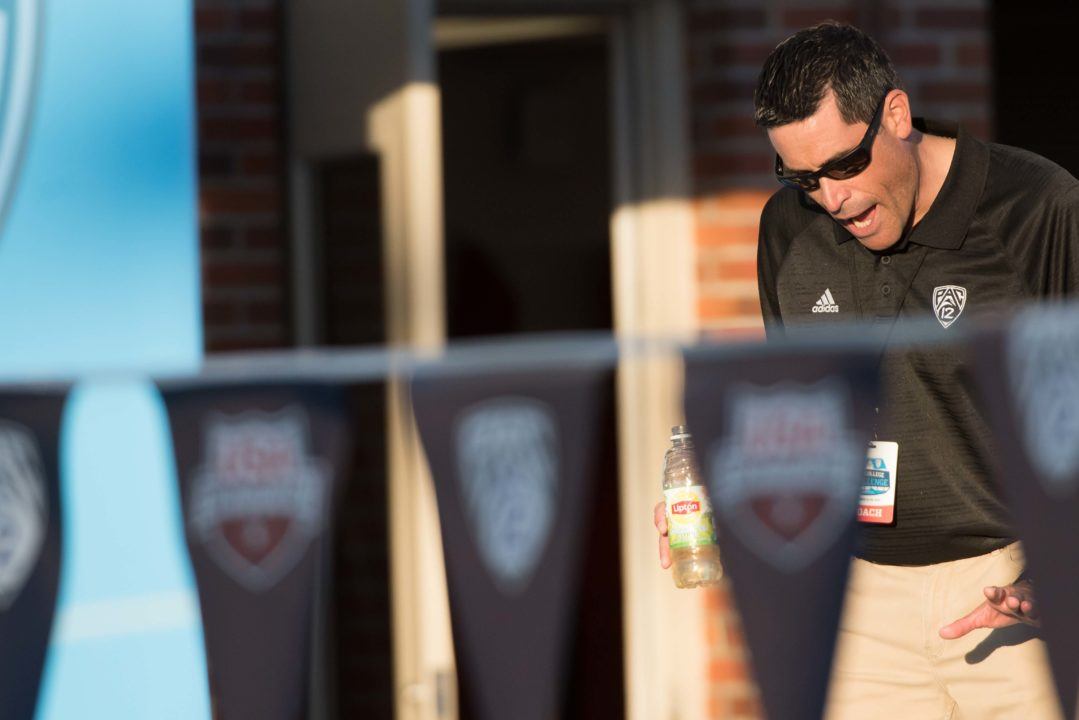 Stanford women's head coach Greg Meehan and his staff have built a fortress of elite swimmers in Palo Alto, with each recruiting class these last few years seeming to top the last. Archive photo via Mike Lewis/Ola Vista Photography

Stanford women’s head coach Greg Meehan and his staff have built a fortress of elite swimmers in Palo Alto, with each recruiting class these last few years seeming to top the last. This year, he finalized the incoming class of 2022, which features the #2, #3, #4, #9, #15, and #16 recruits in the class, highlighted by Canadian record holder Taylor Ruck.

The Cardinal lost to the Georgia Bulldogs in the title race at the 2016 NCAA Championships, felled by a 200 free relay DQ, but came back in 2017 stronger than ever. After finishing 2nd in 2016 by just 19 points, they won the 2017 NCAA title with a whopping 526.5 points, roughly 160 points ahead of 2nd place Cal. Led by the trifecta of Ella Eastin, Simone Manuel, and Katie Ledecky, the Stanford women collected 47 All-American honors, seven individual NCAA titles, and three relay championship titles. The Cardinal won its first NCAA Championship since 1998, and it doesn’t look like they’re done yet, with another roster packed with talent this year, and the year after that.

Congrats to Greg Meehan at Stanford.
Mr Albiero is also doing a great job at Louisville. He has transformed girls like Kelsi Worrell and Mallory Comerford into international stars. He deserves recognition in my opinion.

It still bothers me Eastin got that fake DQ in the 400IM. All those years of training should have culminated in a World Championship team and possible medal. There should should be a review committee for these sort of events.

I believe after video review it was confirmed that Eastin did come off on her back in the IM. Unfortunate and dumb rule but that was the rule at the time.

No connection to A&M but I feel like Steve baultman is prett overlooked/underrated. They were third this year and I feel like they never get the top recruits but are consistently really good

Year in and year out best women’s college coach/staff in the country. Followed closely by Jack and UGA.

Agree 100% Stanford has made great strides, but when u start with a number recruiting class 4 years in a row it only makes since. A n M always develops athletes who have huge drops from high school times. Swimming is about times and the drops dont lie

Best recruiter in the country at a school that recruits itself. No idea what happened to Lea.

I have known Greg for many years and he is a class act. What Greg and Tracy have done with their athletes is nothing short of incredible.

what about Coach Kreditch at Tennessee? He should at least get HM!

Tennessee has a disappointing NCAA meet last year where they finished 22nd. Maybe next year Kreditch can contend for the award.