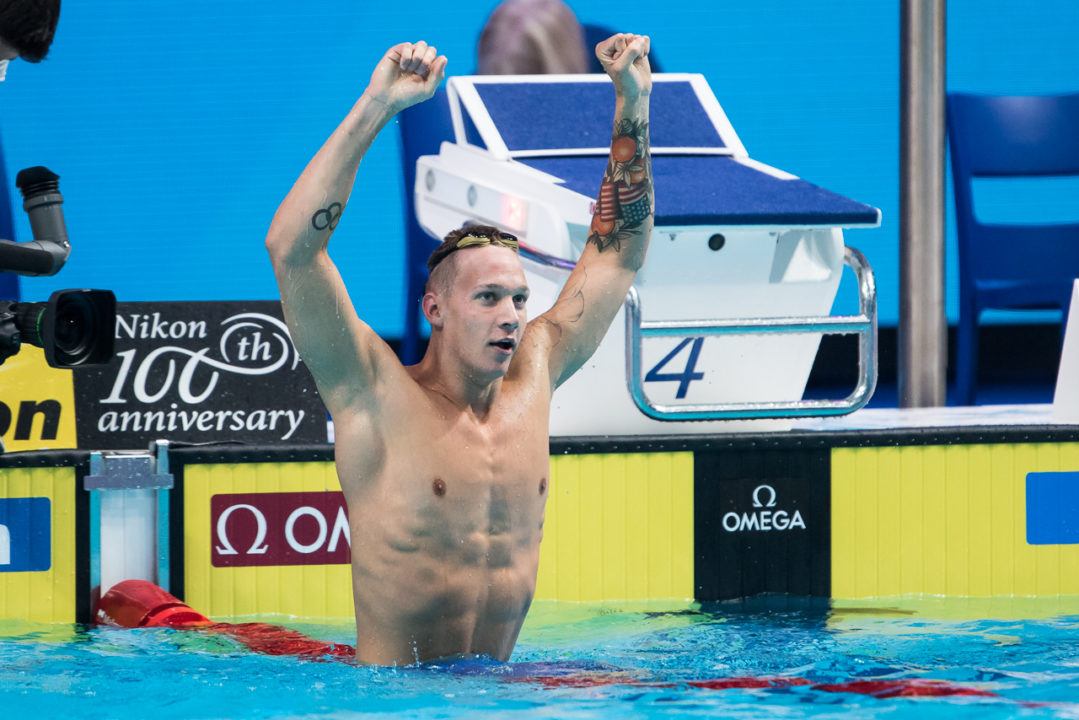 Though Caeleb Dressel made his Olympic debut in 2016, it was 2017 that really saw him come into fruition. Archive photo via Peter Sukenik/www.petersukenik.com

Though Caeleb Dressel made his Olympic debut in 2016, it was 2017 that really saw him come into fruition. Dressel, an Olympic finalist in the 100 free and 2-time relay Olympic gold medalist, quickly rose to the top of the ranks of several events over the summer. An incredible NCAA performance foreshadowed the dominance to come at the U.S. Nationals and World Championships. Dressel walked away from his first World Championships with 7 gold medals and was named FINA’s Male Swimmer of the Meet.

One of the most memorable performances of Dressel’s was his day 7 showing at Worlds, which saw him win 3 gold medals in a single night. He first scorched the texile fastest 50 free in 21.15. Shortly after, he ripped a 49.86 in the 100 fly. Dressel’s final gold of the night came as a part of the World Record-setting mixed 400 free relay. He contributed a 47.22 leadoff split. It was his second World Record of the meet, having already played a part in the mixed 400 medley relay World Record.

All-in-all, Dressel’s gold medal total gave him a greater amount of golds than any country other than the U.S. earned throughout the meet. He’s now tied with Phelps as the winningest swimmer at a single World Championships with his 7 gold medals. He is the first swimmer to have won 3 golds in a single night at Worlds.

No argument from me. The perfect choice. Great swimmer and even greater humanitarian. An incredible role model for USA swimming.

No discussion here. Mr Dressel is revolutionizing the sprint world before our eyes. He can multiple the races and still break records. Which is out of the norm for a sprinter who normally needs to be the freshest possible to perform. Day 7 of last words proved that Mr Dressel was not normal. Amazing starts, amazing underwaters and amazing last 15 meters. An amazing natural speed mixed with a big endurance = a crazy year from the bathtub to the big pool. Congrats to him and his coaches at Florida. It was fun to watch.

Bobo is right – Dressel seems to accelerate the last 10-15 meters.

No arguments here. Versatile and dominant. The next closest would be Peaty. Peaty is dominant as well but not as versatile. Perhaps if he took up the 200 breast it would have been closer. But I wouldn’t want to see his 100 breast dominance suffer.