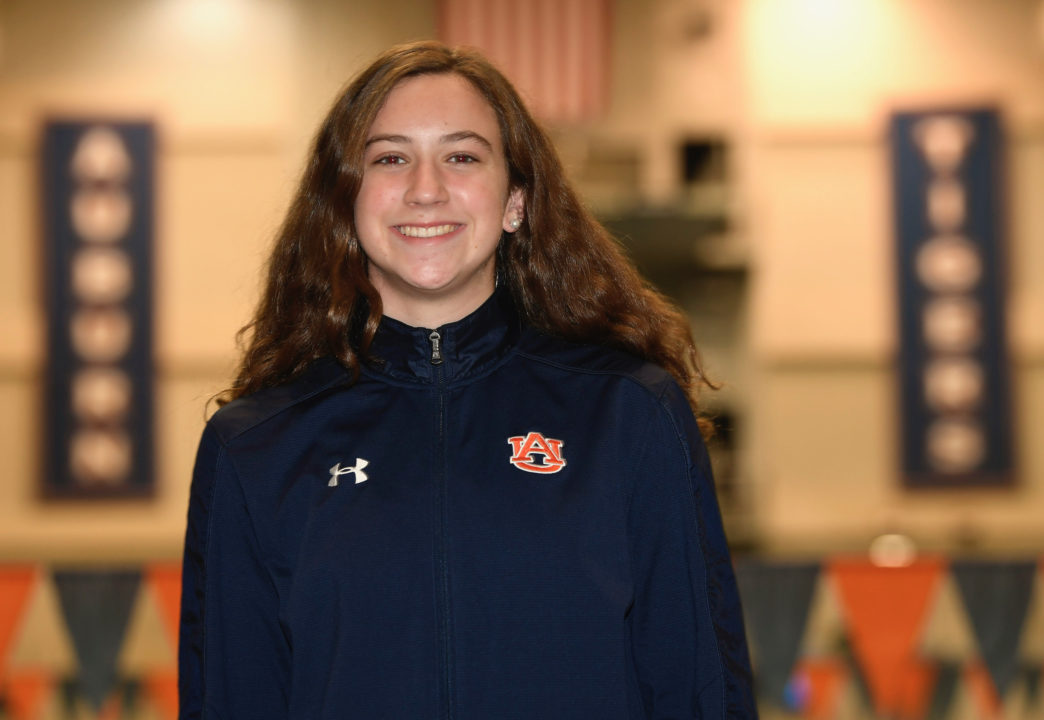 Hamilton dropped over half a second in the 50 free, racing to a lifetime best 25.74. Her 55.13 in the 100 free was a huge drop of nearly 2 seconds. Archive photo via Rebekah Hamilton

As meets nationwide were being cancelled due to the coronavirus, some clubs gathered for time trials last weekend to try to get in some tapered swims after their focus meets were called off. USA Swimming strongly recommended the cancellation of all meets for at least 30 days, but it was up to individual LSCs to decide if they would sanction local meets. Huntsville Swim Association took part in a sanctioned time trial last weekend.

Rebekah Hamilton, an Auburn commit, raced to multiple best times and Olympic Trials cuts. Hamilton dropped over half a second in the 50 free, racing to a lifetime best 25.74. Her 55.13 in the 100 free was a huge drop, taking nearly 2 seconds off her previous best. While she earned Trials cuts in both of the sprints, she was just off the 100 back cut by 2 hundredths in 1:02.71, nearly dropping 2 seconds.

Though Hamilton was the only swimmer to make a Trials cut, there were several best times set at the meet. Owen Harlow swam a pair of lifetime bests in the sprints. He clipped his 50 free best by a couple of tenths in 23.68. In the 100 free, he broke 53 for the first time in 52.85. That was a best by nearly half a second.

here I thought that was how she split the 100, she must have really good endurance!