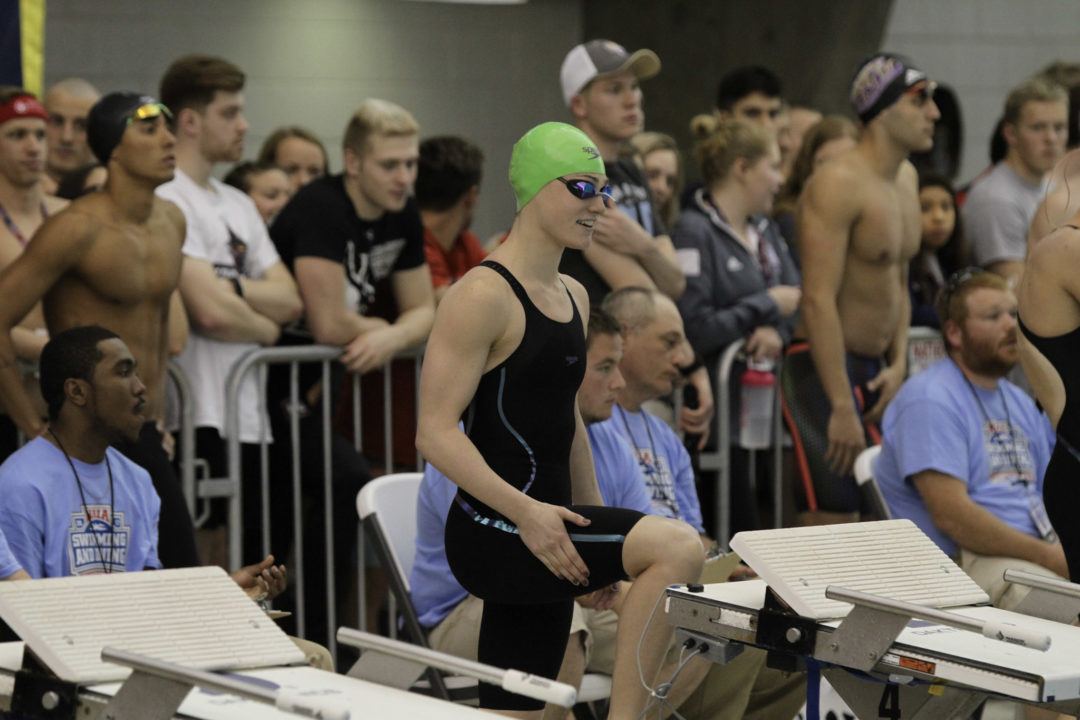 Her 25.95 dipped a few hundredths under the 2020 U.S. Olympic Trials cut. This was her first best time in the event since 2017.  Archive photo via Julie Ray

As meets nationwide were being cancelled due to the coronavirus, some clubs gathered for time trials last weekend to try to get in some tapered swims after their focus meets were called off. USA Swimming strongly recommended the cancellation of all meets for at least 30 days, but it was up to individual LSCs to decide if they would sanction local meets. A handful of swimmers from Savannah Swim Team were able to take part in a sanctioned time trial last weekend.

Julie Woody, an NAIA Champion during her collegiate career with SCAD, was among the swimmers at the time trial. Woody, now 26, had a breakthrough swim in the 50 free. Her 25.95 dipped a few hundredths under the 2020 U.S. Olympic Trials cut. It was also her first time breaking 26 as she lowered her best by a few tenths. This was her first best time in the event since 2017.

Another SCAD NAIA Champion, Joel Thatcher, participated in the time trials. Thatcher had a big swim in the 200 free, dropping a second in 1:52.59. That was a best by over a second and his first best time in the event since 2016. Older sister Zoe Thatcher, who swam for Auburn in the NCAA, clipped her lifetime best with a 1:03.04 in the 100 back. She’s now just a few tenths shy of the Trials cut.