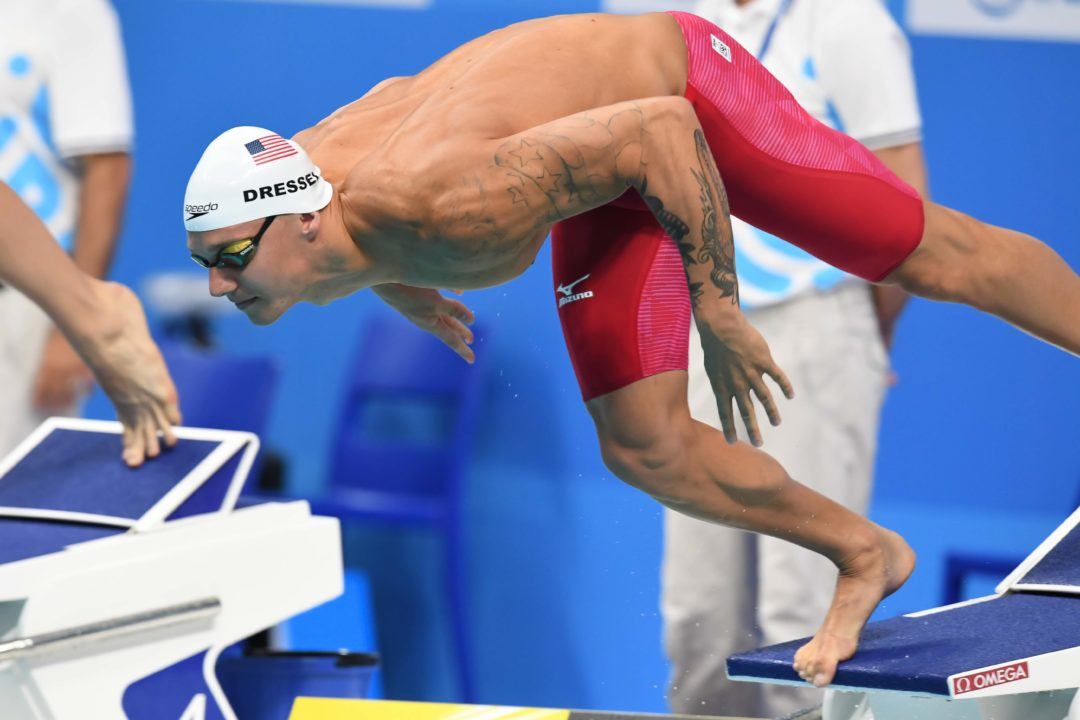 Dressel popped off the start to take the lead over Great Britain's Ben Proud, holding him off in the final few meters to take top seed for finals in 22.76. Current photo via Mike Lewis/Ola Vista Photography

American sprint star Caeleb Dressel took down an 8-year-old American Record on day 1 of the 2017 FINA World Championships. In the semifinals of the men’s 50 fly, Dressel popped off the start to take the lead over Great Britain’s Ben Proud, holding him off in the final few meters to take top seed for finals in 22.76. With that, he shaved over a tenth off the former American Record, which was set at a 22.91 by Bryan Lundquist at the 2009 World Championships.

Dressel is now tied for the 7th fastest performer ever in the event with Brazil’s Cesar Cielo. He became the fastest American ever tonight, while teammate Tim Phillips (23.25)moved up to #5 on the top American performers list.

I believe Lundquist never competed at the 2009 World Champs, at least not in the 50 fly. His Wikipedia site says that his AR record was set at a U.S Swimming Sectionals in 2009.

why is dressel in that suit? And why arent they available to the us swimmers

mizuno sells them on ebay, thats where I got mine

Its called the GX Sonic 3 I think

Is dressel wearing a mizuno?