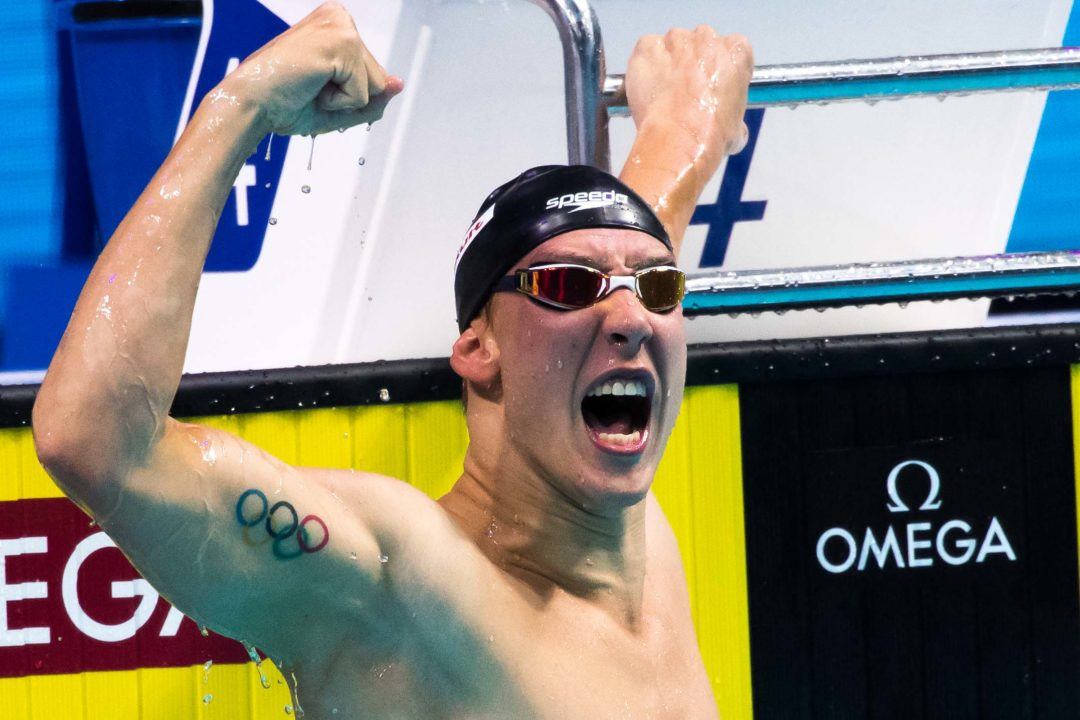 Watch Chase Kalisz down Michael Phelps’ 2007 championship record in the 400 IM, and win the first U.S. gold medal in the event since Ryan Lochte's in Shanghai in 2011. Current photo via Mike Lewis/Ola Vista Photography

Inching ever closer to Michael Phelps‘ world record in the 400m individual medley, Team USA’s Chase Kalisz erased the GOAT’s name from the World Championship meet record book on Sunday with his winning 4:05.90. Kalisz won by over two body lengths, impossible to catch over the second half of the race. He held a slight lead over the field after the butterfly leg, and turned even with Great Britain’s Max Litchfield at the back-to-breast wall. By the 250, Kalisz had moved out front by 1.5 seconds and Hungary’s David Verraszto had moved into second, where he remained to the end. Japan’s Daiya Seto overtook Litchfield on the last 50 meters and claimed the bronze medal.

Chase Kalisz had the lead going into the breaststroke, and there was no way anybody would get past him coming home. Taking down Michael Phelps’ 2007 championship record, Kalisz brings the gold back to the US in this event after they’ve had a 400IM WC gold medal drought that’s lasted since Ryan Lochte won gold in Shanghai in 2011.

Kalisz posted a time of 4:05.90, a lifetime best, and that makes him the #3 performer all-time. Only Phelps and Lochte have been faster, ever.

Congratulations Chase! You slayed bro! You are World Champ in both of your signature events.

The expression from Chase is fabulous after his double Gold win . Congratulations , persistence & trust always pays off