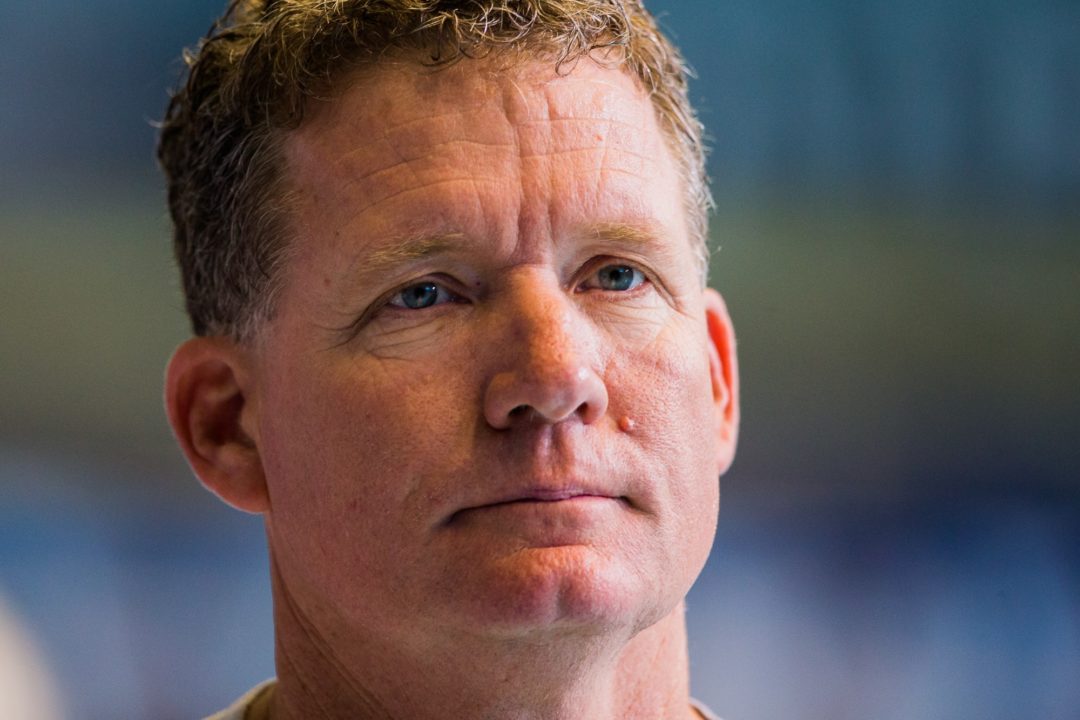 David Marsh is the coach of the year in the US- but what about the rest of the world? Archive photo via Tim Binning/TheSwimPictures.com

2015 International Coaches of the Year

As we honor the top athletes worldwide with our international Swammy Awards, it’s only right to also honor the coaches who have helped to train them. All the coaches on this list gain accolades this year for the excellent accomplishments of their swimmers in 2015. With the Olympics fast approaching, these are the coaches who will stand behind the biggest scenes in Rio:

USA- David Marsh: A former standout NCAA coach, Marsh has now turned his focus to the club and professional realms, leading the dominant pro group at SwimMAC Carolina. And the 2015 performances of his crew suggest that the former Auburn coach has a habit of outperforming his peers no matter what level he is coaching at.

Marsh’s SwimMAC Elite group brought home five medals in Kazan, and he’s been able to make Charlotte into a destination for the best swimmers not only from the US but around the world. What is perhaps most impressive is the wide range of swimmers succeeding in Charlotte. Long time stars like Ryan Lochte train alongside up and comers like Katie Meili. While other coaches have challenged him for the belt, Marsh is probably not only the coach of 2015 but the coach of the last two decades.

Australia- Simon Cusack: Australia is a hugely competitive country for elite swimming coaches, and Cusack is it’s rising star. The Commercial Swimming Club coach had swimmers winning three medals in Kazan, including two gold from Bronte Campbell. Just a few weeks ago, Cate Campbell broke the world record in the 100 freestyle to cap what has been another excellent year. Cusack has been the ASCTA Coach of the year in both 2013 and 2014 and is a favorite to win again.

Canada- Ryan Mallette: A huge void was left in Canadian swimming with the passing of Randy Bennett earlier this year. Mallette was the man pegged to replace him at the High Performance Centre- Victoria, and he acquainted himself quite well in 2015. Mallette put swimmers on both the Men’s and Women’s Senior National team, as well as guiding Ryan Cochrane to two medals in Kazan.

Asia- Sergio Lopez: No coach exemplifies the globalization of coaching swimming more than Sergio Lopez. The Spanish swimming star came to the US and succeeded at everything he tried his hand at: both college and club swimming. Now Lopez has moved to try to take a country with fantastic resources but little success to the next level in Singapore.

Luckily for Lopez, he was already coaching the best talent Singapore has had in quite some time (Joseph Schooling). But like Marsh, Lopez has taken an unusual location and made it a destination, attracting American star Kevin Cordes to try to prepare for Rio there.

Africa- Graham Hill: South African swimming has traditionally led Africa, but they do so now more than ever thanks to the consistent international presence of stars like Chad Le Clos and Cameron van der Burgh. As South Africa’s Head Coach, he guided the pair two four medals this past summer in Kazan, and helped stoke the biggest rivalry in world swimming- Le Clos versus Phelps.

Britain- Melanie Marshall: While conventional wisdom often disagrees about whether great swimmers make great coaches, Melanie Marshall is a young coach who has made an incredibly successful transition. Marshall was an active competitor just seven years ago, since taking over Derby Swimming Club and leading protege Adam Peaty to world record performances in the 50 and 100 breaststroke. Peaty would go on to win both events at the World Championship in Kazan.

Europe- Shane Tusup: Perhaps no coach on this list is more polarizing than Tusup. At just 27 years old, with very little other coaching experience under his belt, Tusup is a brash figure that rankles the coaching establishment. However, there is no denying that he is the coach of record for Europe’s best swimmer, Katinka Hosszu, and that her performance has only gotten better and better since she officially named Tusup her coach.