It’s Beyond Time We Stepped Up For Women Coaches 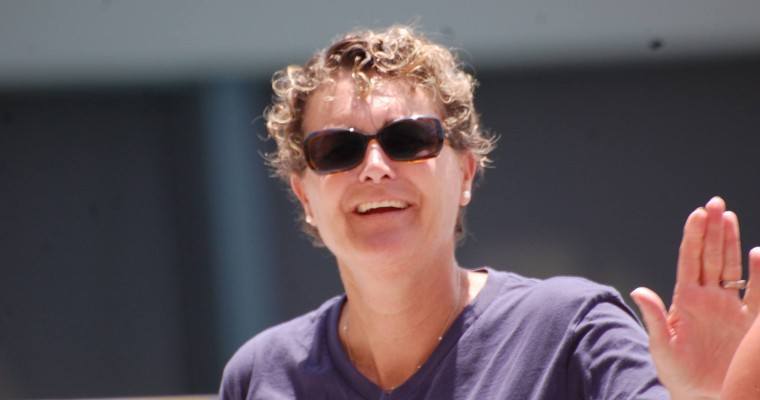 The most qualified women’s swimming coach in the world wasn’t in Rio for the Olympics. Instead she was somewhere far away, probably watching on the television like a common fan. While Women’s head coach David Marsh helmed the United States women to an excellent performance. McKeever’s absence was conspicuous.

Teri McKeever had coached American swimmers to multiple medals in the last three Olympics. Her absence did little to alter the perception that the swim coaching ranks is still an “old boys club”. The combined Olympic coaching staff was entirely men. The recently released “National Team Coaches” list has three women out of sixty one total names.

Much has been made about the progress in women’s athletics in the forty years since the passage of Title IX. There is no question that women and girls have been participating in swimming in even greater numbers than men for quite some time. This 2014 demographics report listed roughly 55,000 more female members than male in USA Swimming.

That participation has bolstered great performance at the Olympic level. The American women’s swimmers would have won the medal table even if the men had come up with nothing.

When you turn to the coaching ranks, there is nowhere near the same level of participation. McKeever remains the first and only woman selected as head coach of an Olympic team. Women coaching women’s Division 1 programs are rarer than men, and women coaching men are even rarer.

In the ACC, there is just one female head coach of a men’s team, Courtney Hart at Georgia Tech. The SEC has no women head coaches at all. The PAC-12 has McKeever (Women) and Cyndi Gallagher (UCLA Women) and the freshly hired Jennifer Buffin at Oregon St (Women).

In club coaching ranks, female head coaches are just as far and few between, and it’s a problem that goes way beyond US borders. In Denmark, where I’ve lived the last three years, there have been as few as one female head coach out of 50+ full time swimming head coaches in the entire country.

There have been token efforts to address the issue in college athletic departments. It is an unwritten rule that a male head coach who presides over a women’s or combined team must have at least one female coach on his staff. For an alarming number of programs, that is exactly what happens.

This can also cause plenty of harm to female coaches. For one, they are aware that they can be perceived as getting their job because of their gender, and not their ability. I have also had female coaches tell me many times of various programs they actively avoid applying to despite qualifications because of their reputation for being a bad environment for women to work in.

All too frequent female coaches can be judged as harsh or overbearing for leadership qualities that are admired in male coaches. In this space and others I’ve seen McKeever subject to a whisper campaign, while male coaches who have actually done something unethical are defended.

Another unwritten rule of coaching hires is that more often than not hiring is not done through official channels. There’s the official job posting, of course, but more often than not coaches hire someone they already know or are “connected to”. Women coaches can often feel left out of informal chatter that takes place at meets or conferences, the places where such relationships start.

But perhaps the most troubling fact is that women’s participation in college coaching is getting worse, not improving. The sport suffers every day without a huge pool of talented, amazing coaches because of this inequality. It’s beyond time for the male coaches who hold so much power in the sport to get interested.

Cultural prejudice women suffer is so common, it’s the accepted norm. How about equal pay? We aren’t even there. But go ahead an rationalize as you will.

To all those who think that I suggested that McKeever should have been selected for gender reasons- nothing could be farther from the truth. She belonged on the Olympic staff because she had a great record of coaching Olympic medalists in women’s swimming. Go back to the recent history and compare how many medals McKeever coached female swimmers had earned prior to the selection of the coach up to 2015 and how many for swimmers coached by Marsh. None of this is meant as an attack on Marsh, who is a world class coach, I mean only to stay that McKeever is even more outstanding and her record as coach shows it.

You cited to her exclusion from coaching as an obvious indicator of the gender bias.

In other words, you are saying Mckeever should have been chosen over Marsh even if Mckeever were the man and Marsh the woman. Instead of picking Marsh as the first woman to be head coach we should pick the man Mckeever for the second Olympics in a row.

Does US swimming have gender issue? I suspect that it probably does. This isn’t a surprise to me because I think that for the nation at large we’ve got some gender issues that we don’t know quite how to deal with. Reflecting on previous posts and where the conversation has gone prompted me toward this information: http://web1.ncaa.org/rgdSearch/exec/instSearch, which breaks down coaching demographics at the university level. These numbers can raise all sorts of questions, and I do believe that this is the more important thing at this stage: QUESTIONS. At first glance, a question that comes up for me is, “Why does basketball do such a good job at hiring female coaches.”… Read more »

Great sets of data in your links. Surprising to see how low the salaries are for college swim coaches overall. People motivated by money or needing to be primary source of income for their family may be exiting out of swimming early (or never going into it) the pay isn’t very good and the hours are pretty bad.

Thank you for finally shining a lot on the fact that men have been discriminated against when it comes to coaching women’s lacrosse! How long we have suffered in the shadows, only to finally have our plight exposed to the light of day. Thank you! All future male coaches of female lacrosse thank you, too.

Im more than ok with being the bad guy here:

Most women coaches from my experience are not “career oriented” coaches. Women tend to have more “motherly” characteristics. Thier priorities tend to be more skewed towards thier family, for younger women they seem to be more focused on school, thier boyfriend, etc.

Men are able to compartmentalize better than women (actually a woman told me this). Dudes that are coaching from my experience tend to be able to be ok with commiting themselves fully to the task at hand. Women are sort of all over the place. More affected by things that happen outside of work or during the day. Whatever. Not saying all women, but enough for me to… Read more »

“Women tend to have more “motherly” characteristics. Thier priorities tend to be more skewed towards thier family, for younger women they seem to be more focused on school, thier boyfriend, etc….

Women are sort of all over the place. More affected by things that happen outside of work or during the day….

I think this is because of genetics….

Men are probably in more cases better suited to coach at a high level, AND THERES NOTHING WRONG WITH THAT.”

Hmmmm. There are also fewer women who have run for President, much less become President (0 to 43). And in business, far fewer female CEOs. And in entertainment, women barely get to direct anything. And in tech, don’t get me started… Read more »

Don’t forget the unicorns! They think about them A LOT!

Power 5 Conference Female Asst. here. You want to know the reality on why there are few women as head coaches in a major conference? It’s a numbers game. Because there are very little women in the profession to begin with to develop into head coaches. Every staff has maybe one female as an assistant compared to four or five (combined programs) men. That gives one female an opportunity to grow and learn in the sport compared to four or five men. Now, most likely that female is like most of us out there, in our early twenties with no family to support. Fast forward a few years and now that female coach is in her late twenties to early… Read more »

I’ve been following the comments on this article with interest. My personal, anecdotal, non statistically backed observation has been that in many ways coaches get started small and move their way up, or not, as opportunity presents itself. I personally know very few coaches who got into the job with a specific career trajectory in mind. It more seems to be kids that coach a summer club over college break, that move back home after graduation and accept a part time coaching job in the area while looking for a “real” job, some of whom catch the coaching bug and begin pursuing education and certifications to further their progress in the sport. There is one program in my area with… Read more »

Ever consider that after years of hard work and lack of respect that women may opt out of swim coaching to work in a profession where they get respect?

We need a female coach to trans . Then we would have a very good idea if the same person with the same skills & experience will go up .We also need the reverse experiment .

Surely 2 coaches out there will if not their inner desire but take one for the SWSwSwim team .