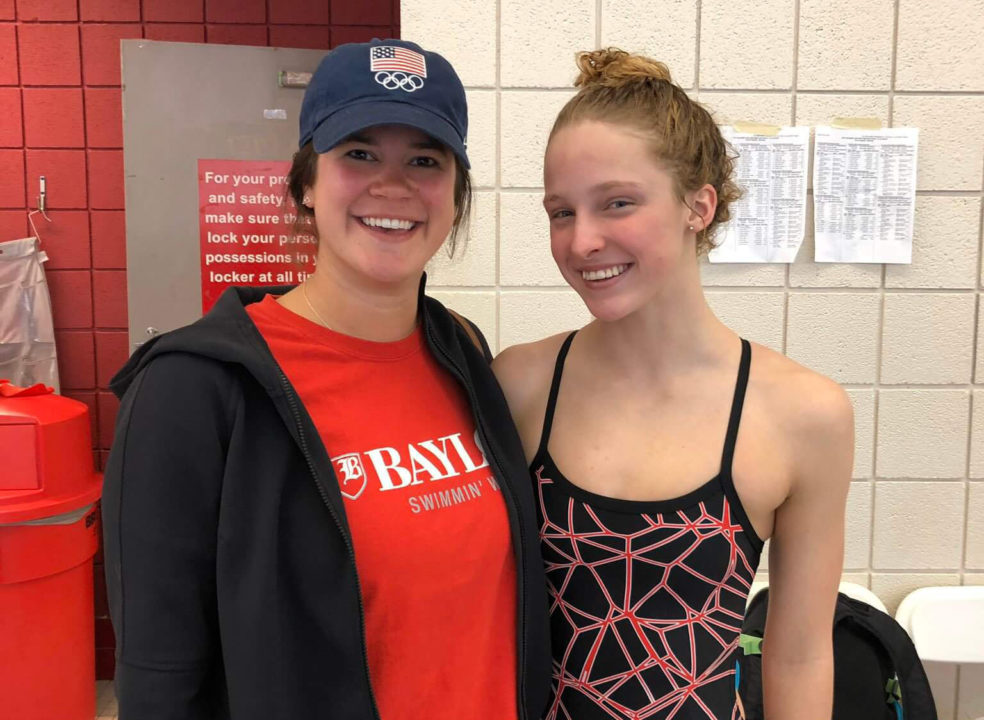 Your Swammy winner for the 2019 High School Team of the Year goes to the girls of Baylor School (TN), who won the 2019 TISCA state meet by just 6 points. Stock photo via Brian Gill

The high school team of the year goes to the girls of Baylor School, who threw down an exciting battle against last year’s Tennessee state champion, Harpeth Hall, and the famed Walsh sisters.

Throughout the meet, Harpeth Hall was tight on Baylor’s tail, only letting them get at most 24 points ahead before slowly creeping up on the last three events. In the end, it was a matter of 6 points that determined Baylor as the 2019 TISCA girls team champion.

Propelling Baylor was the title-winning 200 medley relay (1:39.91), which was able to hold off Harpeth Hall’s relay (1:40.13), even with two Walshes. From that exciting battle, it produced the top two NISCA times of the 2018-19 season. To give perspective, if Harpeth Hall had won the 200 medley relay, they would have won the whole state meet.

Along with Baylor’s incredible depth, senior Addison Smith and sophomore Ellie Waldrep were key members in the team’s successful meet. After Smith placed 2nd in the 200 free, she bounced back to win the 500 free (4:46.11), which ranked 5th on the TISCA times.

Where are the nisca overall team ranks?