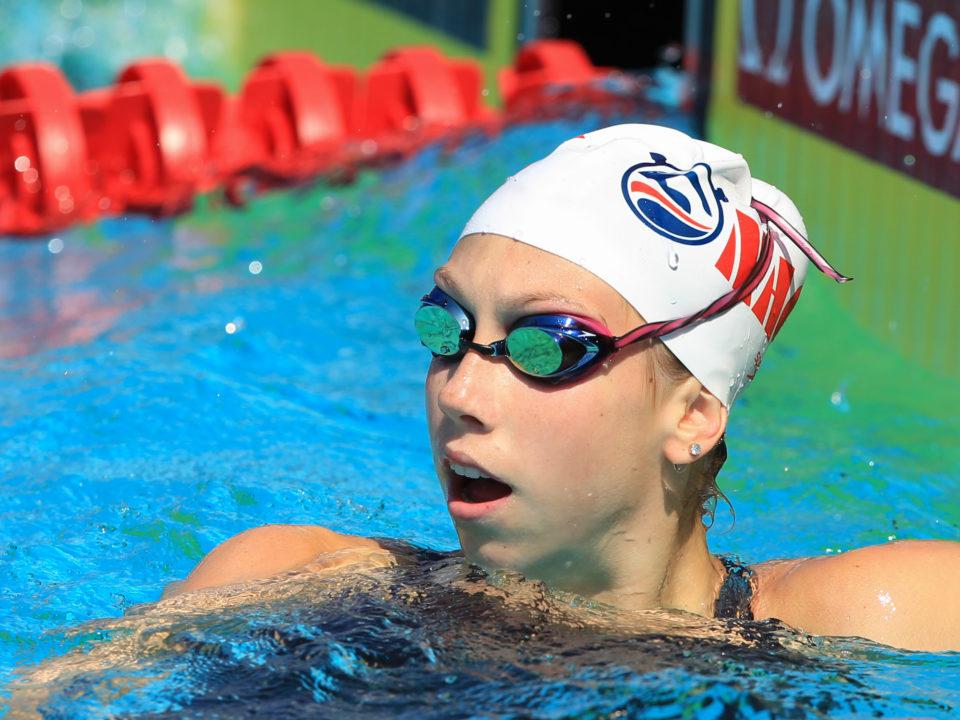 Gretchen Walsh moved to #6 in the 15-16 age group rankings with her time in the 100 back, and she dropped another sub-22 split on a relay. Archive photo via Tim Binning/TheSwimPictures.com

Despite the heroic efforts of sisters Alex and Gretchen Walsh, Harpeth Hall came just short of pushing past the Baylor School, who won the girls’ meet by just six points when the dust settled.

Ellie Waldrep was another standout for Baylor, as the sophomore touched 2nd in the 100 back with a strong 52.42 for a new best time. She moves from 23rd to 21st in the 15-16 all-time rankings, jumping ahead of Olympian Olivia Smoliga and Stanford freshman Lucie Nordmann.

Waldrep couldn’t get past Gretchen Walsh, however, who won the race in 51.57. She moves past current Wisconsin junior Beata Nelson in the 15-16 rankings to 6th, not far off of her sister Alex’s #4 ranking. Gretchen also was on the 200 free relay, where she delivered a 21.43 anchor leg to propel HH to the win at 1:31.29.

The other winner of the day was Kallie Chelsvig of Ensworth, who was 49.80 in the 100 free to knock off HH’s Ophelia Pilkinton.

Baylor, of note, missed out on probably taking 2nd in the team rankings after they DQ’d their 400 free relay. They ended up in 3rd place, less than 10 points back from 2nd place Maryville.

Gretchen will be a huge NCAA swimmer!

How Huge??? I think she is under 6 feet 4 inches tall and 200lbs…. same with all those that CHEYENNE listed. I consider Nathan Adrian, Matt Grevers as “HUGE”… maybe for women the standards should be dropped a bit, but they dont seem abnormally large or huge compared to their peers….

How about McCallie back on top!!
The battle for Chattanooga swimming has been renewed!!
M-CC-ALLIE, Let’s go Big Blue, Go McCallie!!