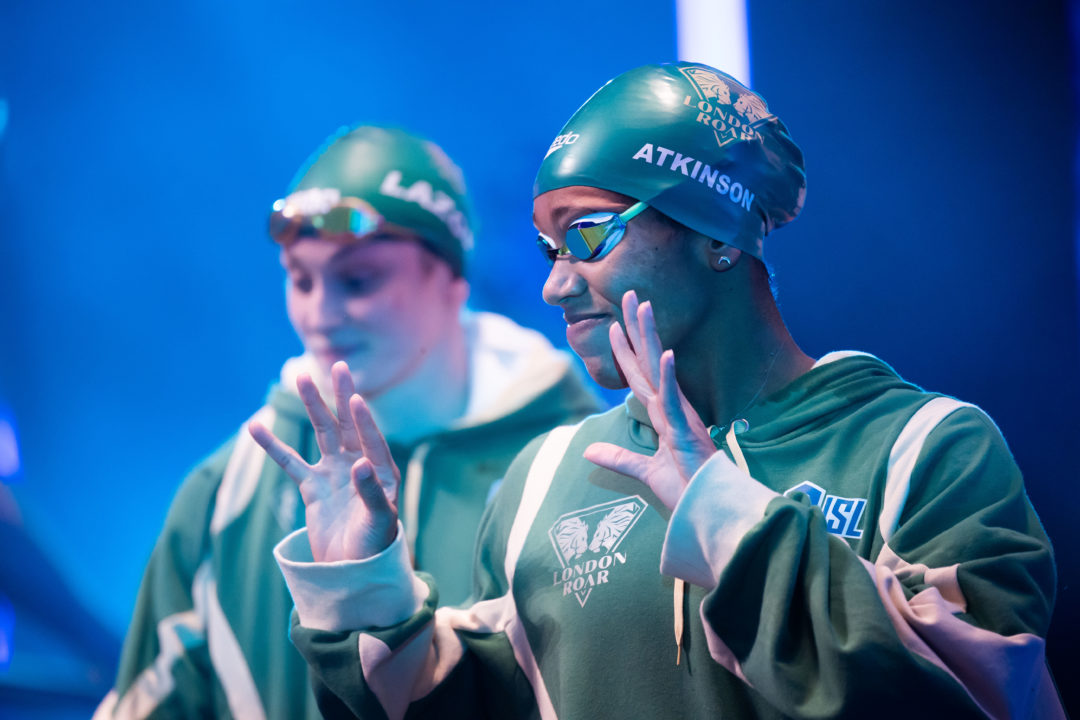 Jamaica’s Alia Atkinson is the 2020 Central American & Caribbean Female Athlete of the Year for the third year in a row and the 6th time overall in the 7-year history of the award. Atkinson is 32-years-old (31 during the 2020 ISL season) and still dominating nearly every other sprint-oriented female breaststroker she meets.

Atkinson was vital to the success of the London Roar during the 2020 ISL season and earned recognition as the 3rd MVP for match 5 following her 50 breaststroke skins victory. The season concluded with Atkinson ranked as the 15th-highest earner among all swimmers, both women and men, as well as the 21st-highest point scorer.

Atkinson equaled the World Record in the SCM 100 breaststroke in both 2014 and 2016, registering a 1:02.36 to share the distinction of fastest-ever with Lithuanian Ruta Meilutyte. In Budapest, Atkinson came within 3/10ths of her record and recorded a 1:02.66 in the first semifinal of the ISL, breaking the League Record and establishing the fastest time in the world in 2020. Atkinson’s ISL Record and world-leading time was topped in the final by Lilly King who posted a 1:02.50 to win the race, pushing Atkinson into second. Atkinson placed 3rd in the 50 breaststroke in the ISL final in 28.88, giving her 4 of the 10-fastest performances all-time in the race. Filling in where her team needed her, Atkinson also swam the 100 fly in the first semifinal and set a new Jamaican National Record in the process in 57.13.

In 2019, Atkinson qualified for her 5th Olympic Games, earning the right to race the 100 breaststroke in Tokyo next summer, where she will represent Jamaica.