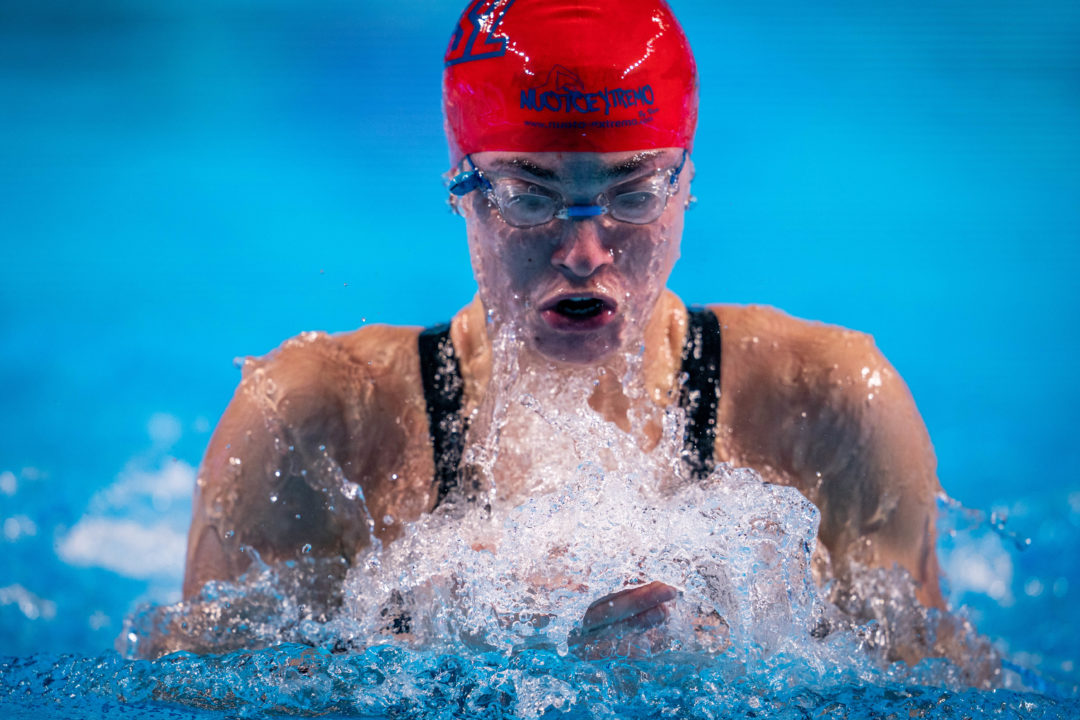 One of Energy Standard’s biggest additions this year was 15-year-old Benedetta Pilato. The breaststroke ace picked up some key victories for the team throughout the 2020 season including 3 50 breaststroke victories and 2 100 breaststroke victories. Pilato closed out the 2020 season as 32nd ranked MVP with 143.50 points season wide. In addition to her numerous victories, Pilato also set four new Italian records this year, two world junior records, and a senior European record.

In the short course 50 breast, Pilato posted 3 top-ten times in 2020, including two world junior record-breaking swims. Her second-fastest swim of 28.86 at semi-final 1 which was quick enough to nad the victory along with a new world junior record. Then at the final match of the season, Pilato came second in the 50 to King, lowering the WJR to a 28.81.

That swim from her was the fastest in the event worldwide this year and the only swim under 30 seconds:

Most recently, Pilato swam a 1:06.02 100 breast long course to earn herself a spot on next year’s Italian Olympic squad. Her swim also made her the fastest-ever Italian to swim the event, taking out Martina Carraro’s previous record of 1:06.36.

With another record-breaker year on the book for Pilato, the 15-year-old will have her shot come summer 2021 to prove herself on the world’s largest stage and vie to become one of the world’s youngest Olympic medalist.

Those were all referencing her American rankings, which wasn’t clear as written. I’ve updated to make it more ‘global looking.’

On December 18 at the Italian championships, Benedetta Pilato swam 29.61 in the 50 breaststroke