2020 Swammy Awards: Siobhan Haughey Is The Asian Female Swimmer Of The Year 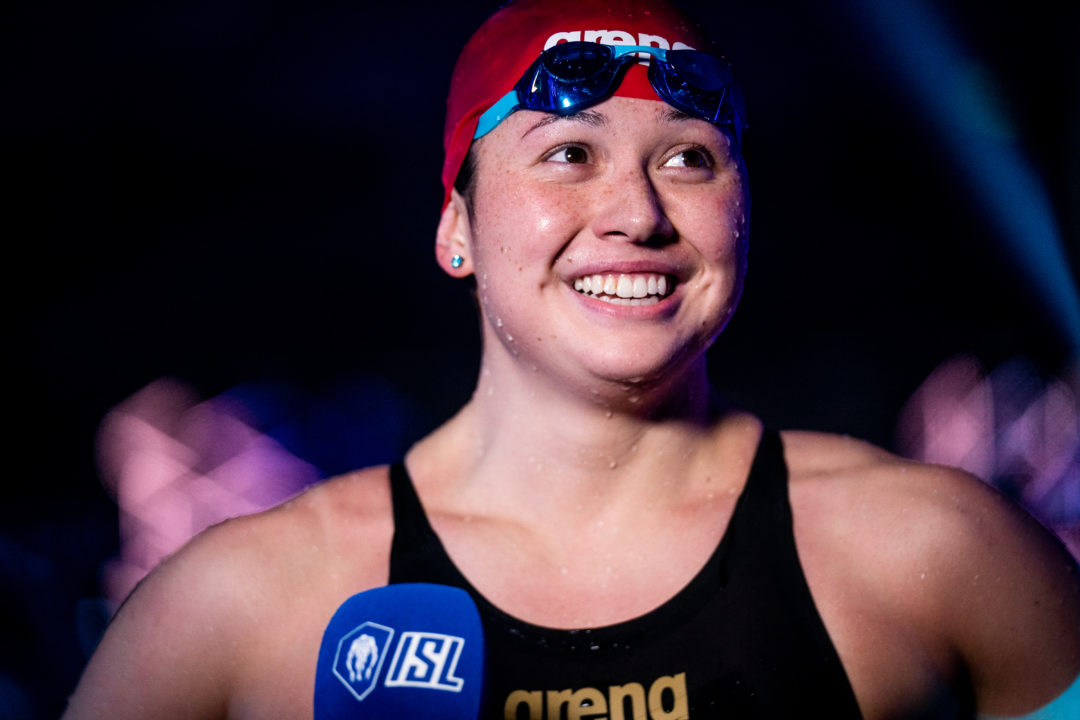 Congratulations to Hong Kong's 23-year-old Siobhan Haughey for earning the 2020 Swammy Award for Asian Female Swimmer of the year. Archive photo via Mine Kasapoglu for ISL

Switching from her season 1 team of the DC Trident to Energy Standard for season 2, Haughey wound up finishing her ISL campaign this time around as the 7th highest point earner across the entire league. She raked in a massive 250.0 points to finish 7th in the MVP point standings as well, inserting herself into the Olympic conversation across her signature freestyle events in the process.

One of Haughey’s prize achievements this year was busting out the fastest short course 100m freestyle time of her life in the ISL final. The former Michigan Wolverine nailed a massive 50.94 outing as lead-off on the undefeated Energy Standard women’s 4x100m free relay to check-in as the new Hong Kong national record holder, as well as the Asian record holder in the event.

She had been one-upping herself in this event with virtually every performance leading up to this record, dropping from 51.38 in match 1 to 51.30 in match 6 before earning 51.12 to help her earn the SF #1 Female MVP honor.

Haughey’s 50.94 lights out performance rendered her as the world’s 3rd fastest female in history in the event.

But Haughey also destroyed the record books in the 200m free as well this year. Over the course of the season, she brought the Asian Record down to a mighty 1:51.11 to win the event at the ISL final, shaving .08 off of the 1:51.19 she logged merely days before.

In doing so, Haughey bumped herself up to become the world’s 2nd fastest performer all-time, sitting only behind Swedish speedster Sarah Sjostrom and her 1:50.43 from 2017.

Both her 100m and 200m freestyle efforts rendered Haughey as the fastest performer in each event through the entire ISL season. Additionally, Haughey ended her season ranked as the 4th fastest 400m freestyle across the league as well, earning a PB of 3:57.75 in match #6.

As an additional accolade, Haughey’s name was among only five individual swimmers who have remained undefeated in an event across two ISL seasons. Haughey went 3-for-3 in the 200m free in season 1 for DC Trident and finished 5-for-5 on Energy Standard.

Is she still in Michigan training for 2021?

Very well deserved! The HMs are also very strong competitors for the title, I’m excited to see all of them in Tokyo.

And what does this have to do with congratulating someone for a good year in swimming?