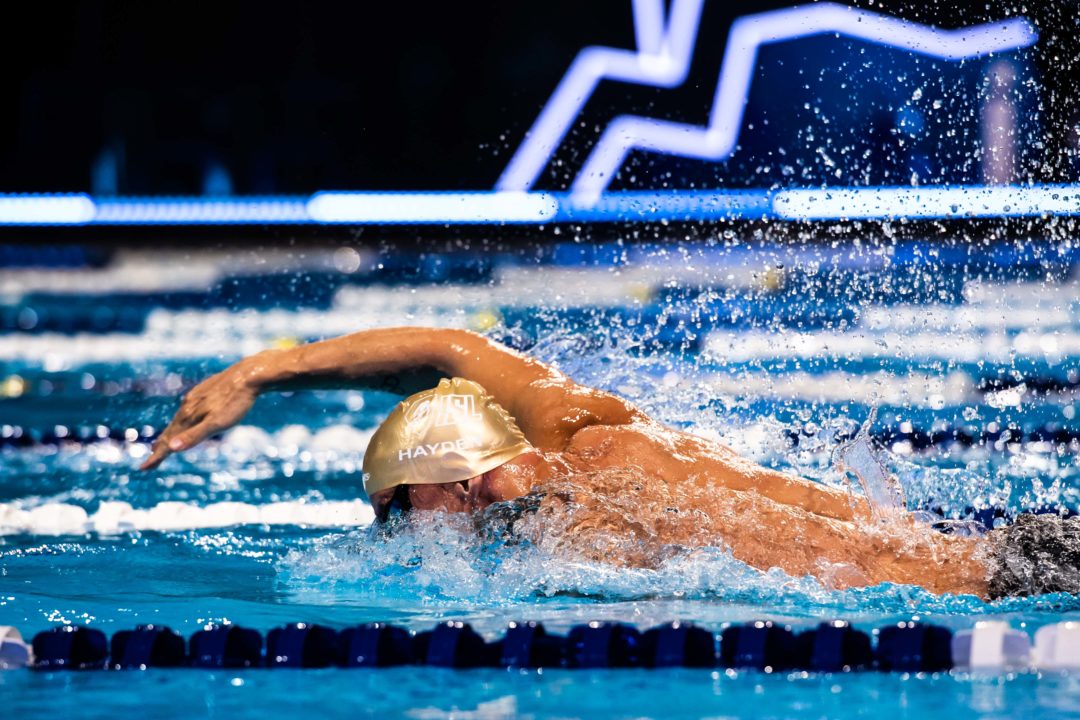 For the second year in a row, the Swammy Award for Canadian Coach of the Year goes to Tom Johnson of the High Performance Centre Vancouver, British Columbia. Current photo via Mike Lewis/Ola Vista Photography

For the second year in a row, the Swammy Award for Canadian Coach of the Year goes to Tom Johnson, the former head coach and current assistant coach of the High Performance Centre Vancouver in British Columbia. Johnson was the head coach of Swimming Canada’s Vancouver HPC for the majority of 2020 until now-head coach Brad Dingey took over in August 2020. The current squad training out center includes:

Markus Thormeyer, Emily Overholt, and Alex Pratt were among those from the center who raced at the 2020 USports Swimming Championships. Together, those three picked up a total of 16 medals at the meet, contributing to UBC’s victory of both the men’s and women’s national collegiate titles in 2020.

Thormeyer’s 50 and 100 backstroke victories were also fast enough to take down both USports Championship records, setting new marks of 53.51 and 1:58.54, respectively.

A few weeks after the 2020 USports Championships, HPC Vancouver’s Brent Hayden made his to the 2020 Pro Swim Series in Des Moines, Iowa. Hayden was a few months into his comeback to the sport following a nearly 8-year hiatus. Hayden hit a significant milestone in his bid for a fourth Olympic nod when swam a 21.97 long course 50 freestyle, getting under the Olympic ‘A’ cut in the event. That was only 0.24 seconds off his Canadian record in the event and was the only sub-22 swim from a Candian since Santo Condorelli’s 2016 swim of 21.83.

Johnson’s Thormeyer, Overholt, and Hayden closed out 2020 with their involvement in the second season of the International Swimming League. All three raced for debuting ISL teams; Overholt and Hayden on the Toronto Titans and Thormeyer on the Tokyo Frog Kings. Overholt contributed 26 points to the Titans throughout the season, including 2 4th place finishes (200 fly/400 IM) and a 5th place (400 free) at semi-final #2. Hayden on the other hand was a key member of Toronto’s relays this season, picking up 2 first place, second place, and third place finishes each throughout over the course of the team’s 5 meets.

Thormeyer was a strong member of Tokyo’s debut ISL team this year, holding down the backstroke slots with fellow Frog Kings Ryosuke Irie. Thormeyer delivered 66.50 points season-wide for Tokyo, ending as the 121st ranked swimmer in the league. Thormeyer also managed to knock a whole 1.03 seconds off of the Canadian 200 backstroke record, taking it from a 1:51.30 to a 1:50.27.

In August 2020, Johnson was replaced as head coach of the High Performance Centre Vancouver by former HPC Victorias coach Brad Dingey. Johnson, however, remains on staff in Vancouver and will continue working with the squad through to the Tokyo 2020 Games next summer.

I think you forgot Haley Black (Aqua Centurions) among the swimmers who competed in ISL this season.

Her season was pretty forgettable unless you are compiling a list of the worst in the isl. She scored a point and a half over her whole four meet season… I can still remember her losing by 10 secs in the 100 breast.