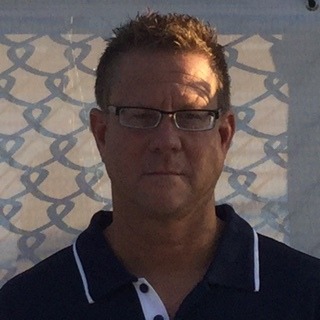 Bruce Marchionda‘s TAC Titans have been tearing up the pool in 2020 – and it’s earned him our second-ever Club Coach of the Year Swammy Award.

We added this to our stable of Swammy awards last year to recognized a U.S. club coach succeeding at the age group level, in contrast to our U.S. Coach of the Year award, which focuses mostly on senior-level and international-level success.

Marchionda’s star pupil is Claire Curzan, the 16-year-old phenom who has rapidly risen into the Olympic team conversation. Curzan smashed national age group (NAG) records in both the long course and short course versions of the 100 fly this year. Curzan went 49.73 in short course yards, becoming the youngest swimmer ever to break 50 seconds. She smashed the national age group record for 15-16s, and now sits tied for 5th all-time for swimmers of any age.

In long course meters, Curzan blasted a 56.61 to take over the NAG record. That puts her 12th all-time for swimmers of any age.

But this award isn’t just about one swimmers. While Curzan has stolen headlines all year, Marchionda’s TAC Titans team is deep. They won the team points title in USA Swimming’s virtual Winter 18 & Under Championships, putting up 60 more points than any other team.

Others with high finishes in the virtual 18&Under Championships:

When we ranked out NCAA recruits in the spring, Marchionda’s TAC Titans were well represented. Curzan (#1) and Hook (#2) swept the top two spots in the high school graduating class of 2022. Brooke Zettel was ranked 17th in the class of 2021. Meanwhile Lance Norris (14th), Michael Cotter (#17) and Braeden Haughey (#18) all made the boys class of 2022 ranks.

That’s a sign of a good program from top to bottom. An elite star like Curzan isn’t an outlier, but a merely one of the more noticeable signs of a program producing high-level swimmers across age groups.

I don’t know who coaches the Sandpipers of Nevada, but that guy/lady deserves some recognition.

Agreed – check out the bullet points at the bottom of this story.

The “Sarasota Sharks” are no longer a Y team. Well deserved, Bruce does a great job!

This checks out. He coached the best swimmers this year.

Well deserved! Bruce is a great coach and runs an incredible program.

Merry Christmas Y’all! Well deserved for Bruce and his staff.