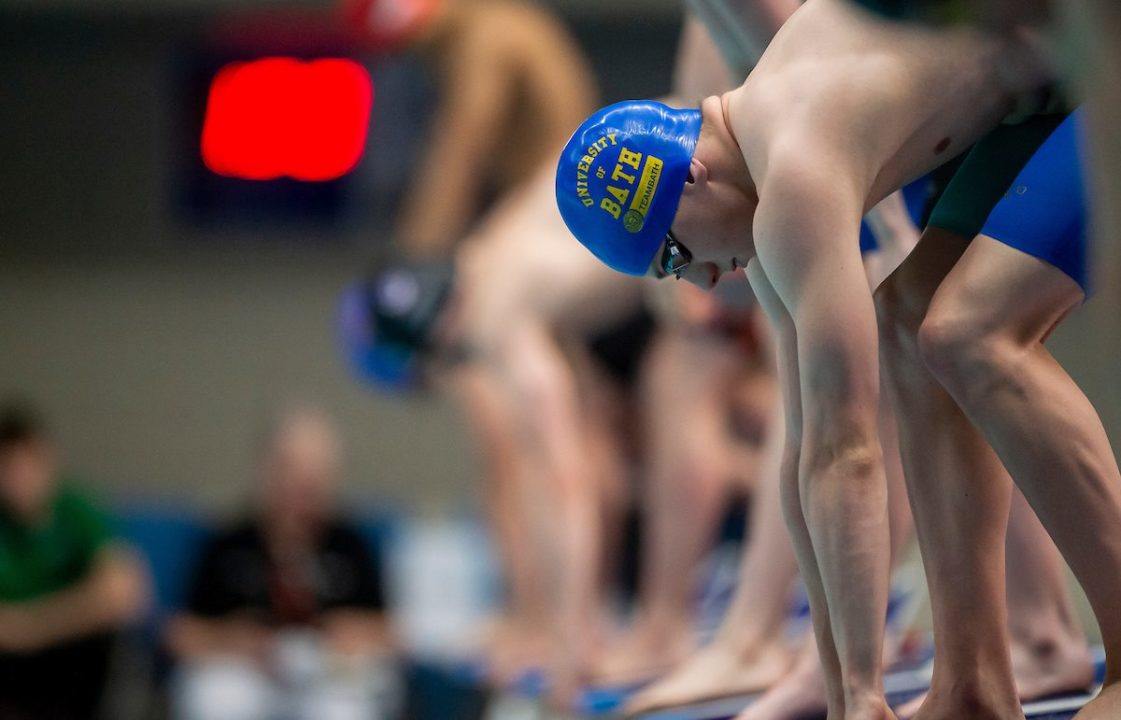 National Training Centre Bath's Dave McNulty, coach of Freya Anderson and Tom Dean, is the winner of the 2020 Swammy Award for British Coach of the Year. Stock photo via SWpix/Swim England

McNulty has been at his post for the past 11 years but his resume of accomplished swimmers keeps growing as time rolls on.

19-year-old Anderson made the move from Ellesmere to National Centre Bath this past summer after having worked with McNulty on and off for the past year. With a rocky training path due to the coronavirus pandemic, Anderson was still able to perform impressively as a member of the International Swimming League (ISL) team London Roar.

En route to the squad’s 3rd place finish in the overall team standings, Anderson posted a new British national record in the women’s 200m free, earning a time of 1:51.87. In total throughout the 2020 ISL season, she dropped her British Record of 1:52.77 from the 2019 European Championships by 9-tenths of a second to rank #2 in the event across the entire ISL when all was said and done.

But Anderson also scorched a lifetime best of 51.43 in the 100m free to end her season as the 5th fastest swimmer in the league and British Swimming’s 2nd fastest woman of all-time.

The McNulty-guided athlete also put up some critical relay splits across the series of matches, culminating in a 50.44 scorcher as anchor on the Roar women’s medley relay.

Anderson’s teammate on the McNulty squad, Tom Dean, also had a breakout 2020 ISL season. As a member of London Roar as well, Dean took down 400m freestyle ace Danas Rapsys of Energy Standard on two separate occasions. In the process, Dean’s season-best of 3:36.56 rendered him as the league’s 2nd fastest performer across all matches.

Dean also established himself as a formidable 400m IMer, reaping a season-best of 4:02.53 in the final to rank as GBR’s 5th fastest performer in history. The mechanical engineering student ended the season as the ISL’s 4th fastest swimmer in that event.

It’s a tough job getting the most talented kids in the country year after year. Not swimswam’s job but nice if anyone at British Swimming ever recognised and supported the programs developing these kids to the point that they are plucked away to centres and boarding schools schools with barely a word of thanks.

Doesn’t exist on their overall list of awards https://swimswam.com/swimswams-official-2020-swammy-awards-index/