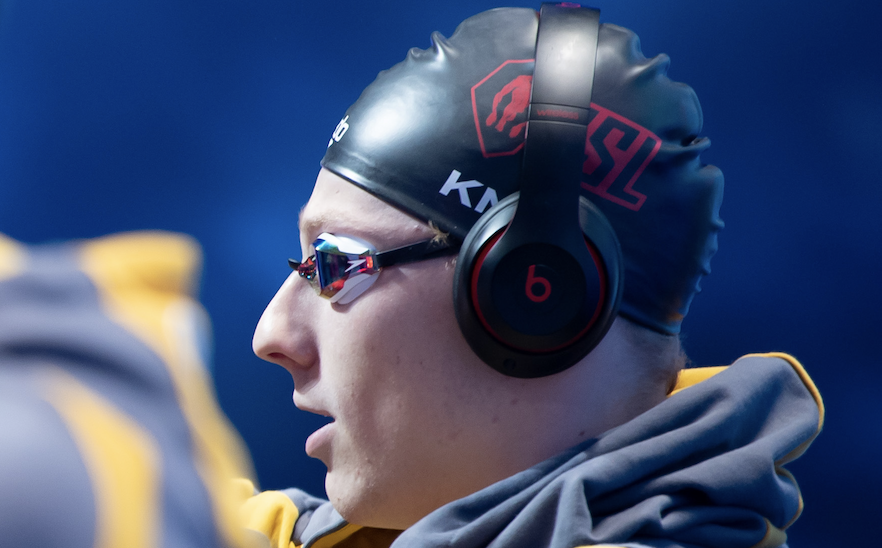 In the 2020 International Swimming League season, which was the closest thing to an international championship we got this year, Knox represented the upstart Toronto Titans. During the regular-season, he swam a wide array of events including the 50 fly, 100 fly, 100 back, and all 3 IM events, contributing to the Titans’ qualification for the semi-finals in the team’s first-ever ISL season.

That semi-final would wind up being Knox’s most successful meet of the year as he swam his way to two new Canadian records in the 100 and 200 IM.

Following 4 200 IMs in the regular season in which he couldn’t quite crack the 1:55 mark, Knox delivered a massive 1:53.67 best time at semis, destroying his own previous Canadian record of 1:55.10. That makes Knox not only the first Canadian to be under 1:55 in the event, but also the first Canadian under 1:54. Three-time Olympian Brian Johns remains the second-fastest in Canadian history with his 2009 swim of 1:55.19.

While Knox’s semi-final swim was his fastest of the season, his highest placement came at Match 9 when he came third in the event finishing behind only Kosuke Hagino of the Tokyo Frog Kings and Leonardo Santos from Iron.

Knox was a solid asset for the Titans in the IM events. Across his 4 100 IMs, 5 200 IMs, and 2 400 IMs he avoided getting jackpotted in all but one swim. It was actually the Canadian record-breaking 52.36 100 IM at semi-final 2 in which his points were stolen. We’ll give him a pass for the loss of points, however, as Caeleb Dressel’s monster 49.88 world record to jackpot everyone in the heat but fellow Condor Marcin Cieslak.

In terms of points, Knox’s best single-match performance was at match 6 where his 10-point total tied Fabio Scozolli (AQC), Pernille Blume (ENS), and Daria S. Ustinova (NYB) for 56th place out of 103.

While the ISL season was certainly Knox’s 2020 highlight, he also posted some solid long course swims in the first few months of 2020 before competition halted amid the COVID-19 pandemic. Knox ended the 2019-2020 season as the fastest Canadian in the 200 IM with a 2:00.84, placing a solid amount of distance between himself and the second-fastest performer Cole Pratt (2:00.84). Knox’s 1:59.44 is the only Canadian swimmer to crack 2:00 since 2014 and is just 0.25 seconds off Keither Beaver’s 2008 Canadian record in the event. That will put Knox in solid contention for a spot on the Olympic squad come the Canadian Trials in April 2021.

Not to be rude but why are the Canadian women so much better than the men?

Goes in cycles I guess. Who really knows?

2004 to 2012 I don’t think the women’s side did a ton, at least at olympics whereas the men had a few medalists in there and some close close ( Rick say, mike brown) Despite the medalists, there was still a lack of depth with some steep drop offs after the top guys.

If I had to guess, probably playing hockey? Imagine waking up, everything’s snowy and frozen. Do you drive to the pool, or do you play hockey all day with your friends? At least this theory jives with why Canada’s top guys in recent times are west coast based, where it’s not cold enough to play hockey out doors.

My theory is that it’s hard to get people in Canada swimming past 21/22-years old if they’re not already internationally successful, and that hits our men’s team harder as you don’t see a lot of men (besides a few prodigies which I guess we just haven’t had) topping international podiums up to that age. Examples: Yuri Kisil was the oldest swimmer in the 100 free A final at 2019 trials, where he was 23 years old. Same with Tristan Cote in the 400 IM final, oldest at 23. Rob Hill was the oldest in any backstroke final at our 2019 trials having just turned 23 in January of that year. Hoping some of the current promising young guns (Finlay, Liendo,… Read more »

Its because they treat men and women the same in terms of being competitive on a world stage. As a male of you dont meet their standards of who has a chance of being on the podium at the Olympics by the time you are 17 Swim Canada drops you. most men in Canada stop swimming at 21-22 years old even though the majority of men don’t hit there physical peak until they are 25-30 because they are not being funded or helped by Swim Canada. This is the reason why you’ll see a lot of guys breaking 50 for the first time in 100 free at a meet like Olympic trials then quitting. However with women the system works… Read more »

It is because the Long Term Athlete Develop Model adopted by Swim Canada advances younger females to swim with faster males, starting at very young ages.