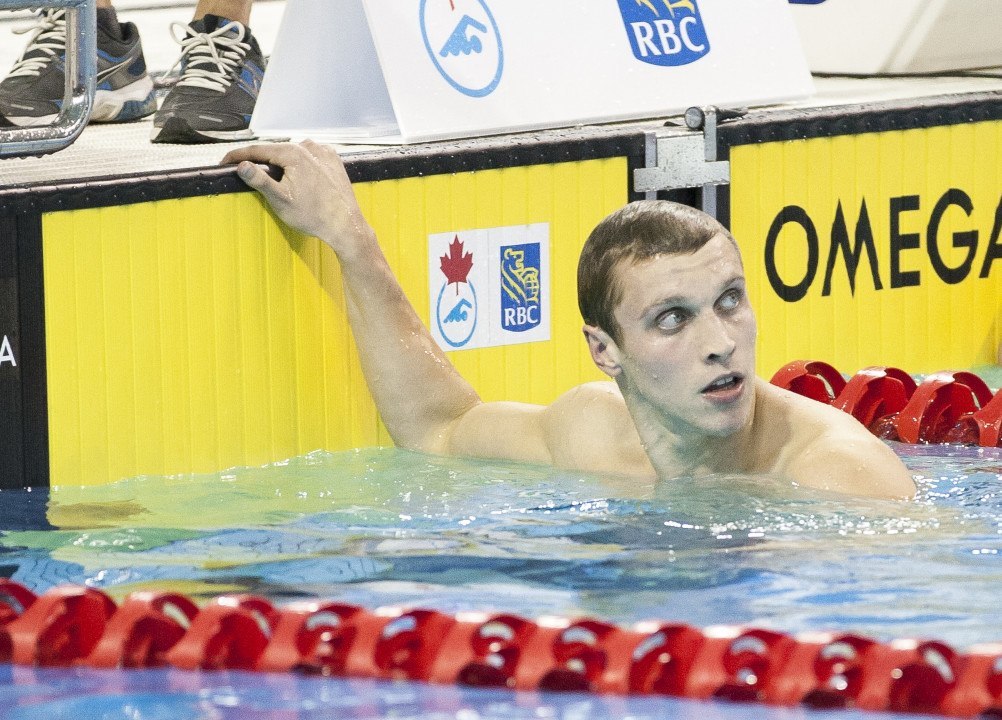 Condorelli, who became a household name in the swimming world after stories of his middle finger ritual circulated, finished just off the podium at the Olympics with a 4th place finish in the 100 free. Current photo via Chris Tanouye

Once a member of the U.S. National Junior Team, Santo Condorelli has represented Canada at a handful of international competitions since declaring Canadian sporting citizenship in 2015. The biggest of those competitions was the 2016 Rio Olympic Games.

Condorelli, who became a household name in the swimming world after stories of his middle finger ritual circulated, finished just off the podium at the Olympics with a 4th place finish in the 100 free. He also competed in the 50 free (12th) and 100 fly (12th) individually, making it to the semifinals of each. As a member of Canada’s 400 free relay squad, he helped the team to a 7th place finish.

Though he didn’t advance to the final of the 100 fly, Condorelli’s time was a new Canadian National Record. His 51.83 was just over a tenth faster than the previous record, which he set at a 51.98 earlier in 2016. Before he broke the record this season, no Canadian man had ever broken 52 seconds in the event.