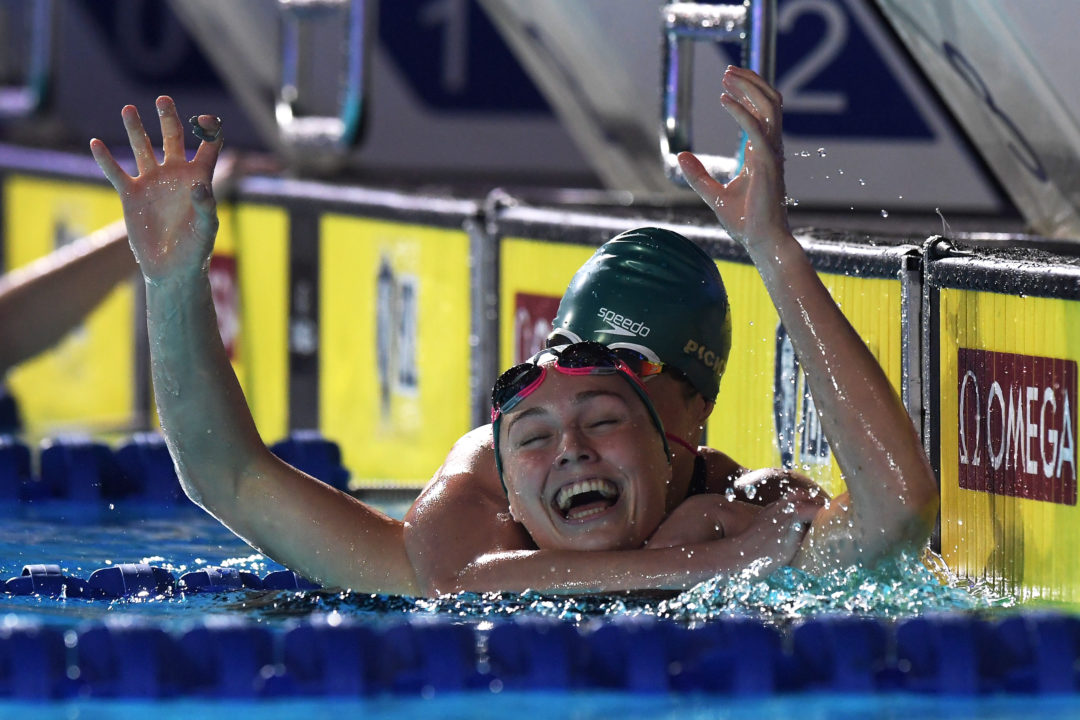 Minna Atherton came within a fingernail of breaking her 2nd World Record of the 2019 ISL season in Saturday 200 backstroke. Current photo via Gian Mattia D'Alberto/LaPresse

Another meet meant more near-best times for Australian swimmer Minna Atherton, competing this weekend for the host London Roar at the European derby of the International Swimming League.

Video of this race, and select others, from day 1 of the European derby are now available. Check them out below:

This is infinitely more exciting than World Cup