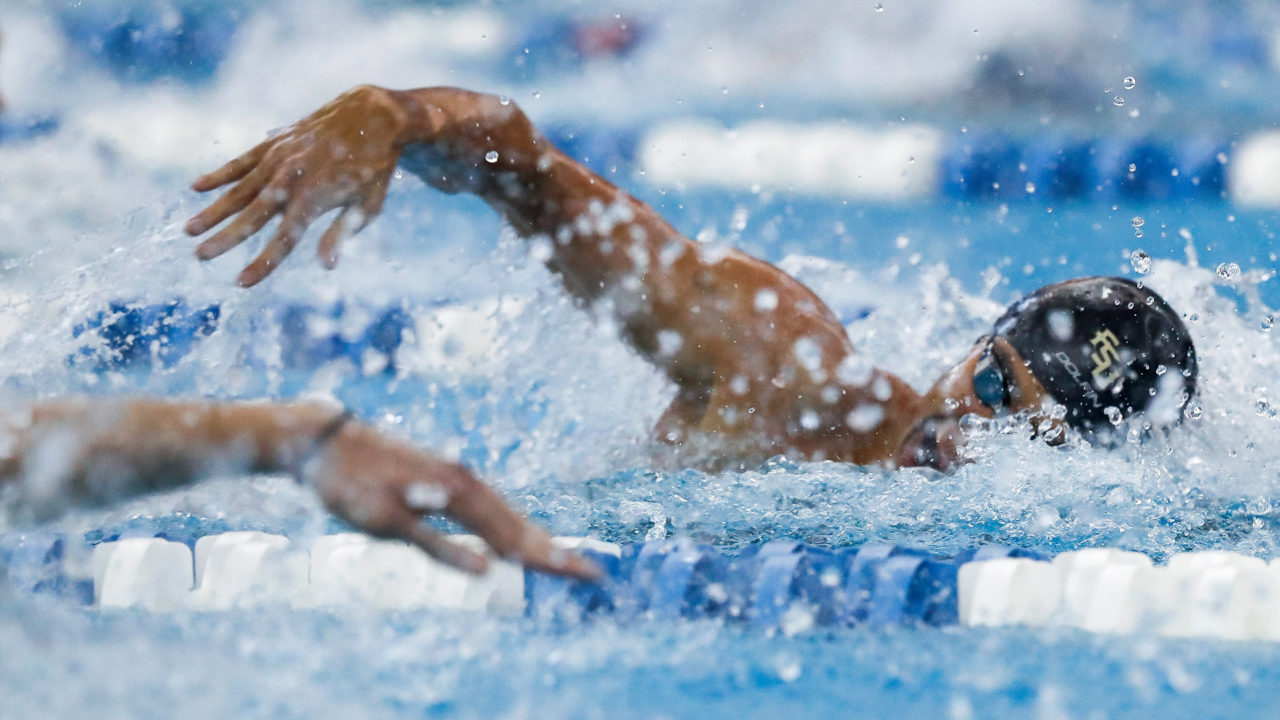 Florida State sophomore Jakub Ksiazek highlighted a big 2nd day of competition at the 2019 Georgia Tech Invite for the Seminoles. He won the 200 free in 1:33.89 that was one of six event wins for FSU on Saturday, and led a 1-2-3-4-5 finish in that particular event.

Ksiazek’s time of 1:33.89 beat out his own previous personal best of 1:34.04, done last year as a freshman at the NCAA Championships, and set a new Florida State school record in the event. He was followed by freshman teammate Peter Varjasi (1:34.78), freshman teammate Mohamed Ghaffari (1:34.79), senior teammate Vladimir Stefanik (1:35.22), and senior teammate Rudo Loock (1:35.58) as the Seminoles picked up a whopping 112 points in that event alone. That extended their lead over Utah to 115.5 points, a lead which shrank a little as the night went on, but remained at more than 100 at the end of the evening.

Unsurprisingly, Florida State won the 800 free relay in 6:25.20, more than 4 seconds ahead of runners-up North Carolin, though Ksiazek only split a 1:36 on a rolling start on that relay as the team missed an NCAA qualification time.

Among the highlights of the women’s side is the continued junior-year breakout of North Carolina’s Emma Cole. After crushing her personal best in the 50 free on Friday night (her first best time in that event since high school), she won the 200 free by almost 2 seconds on Saturday. Her winning time there of 1:45.31 is also a lifetime best – exactly a second-and-a-half faster than she’s been in college, and again in a race that she hadn’t dropped any time in since college.

Other Day 2 Winners and Highlights:

If we’re talking about school records, Alabama broke I think 4 so far this meet. Unshaved so expect big things at SEC and NCAA!