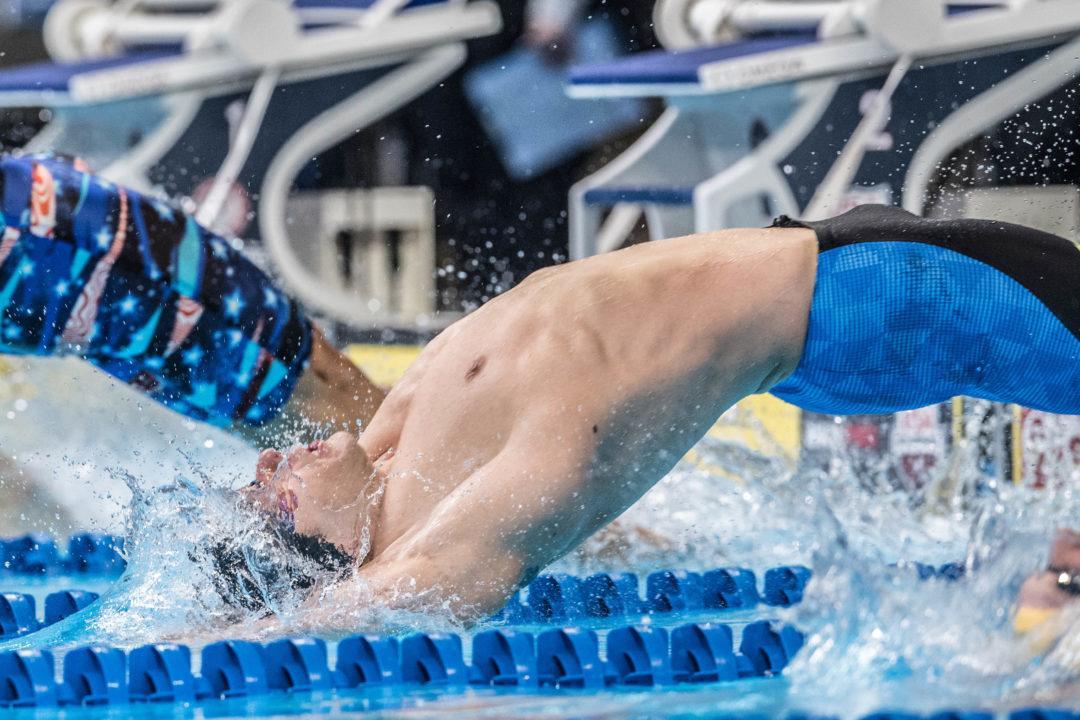 For sheer perseverance and commitment to a goal, Plummer is the recipient for the Heart of a Champion Swammy Award. Current photo via Mike Lewis/Ola Vista Photography

2016 HEART OF A CHAMPION: DAVID PLUMMER

Former college basketball coach Howie Dikenman famously said, “you can measure height, but you can’t measure heart.” However heart is one of the rare characteristics of an athlete that can only truly be proven throughout a tumultuous career of perseverance and dedication.

Adversity is the downfall of the weak, and even the most skilled athletes often can only handle so much before they call it a career – especially in a sport like swimming that’s centered around a once every four year competition. Towards their mid to late 20s, if a swimmer hasn’t made an Olympic team, it’s a very rare occurrence to see them continue along in the sport, especially in the United States where you can be good enough for international competition, but still not make a team due to the countries immense depth.

That’s what makes David Plummer‘s story so amazing – a tale of perseverance that resulted in a bronze medal in the 100m backstroke at the Olympic Games this past summer in Rio.

In 2009, Plummer missed the final for the 100m backstroke at the World Championship Trials and was once again just on the cusp of being in the mix to make a team.

In 2010 however, Plummer emerged onto the scene with a win in the 100m backstroke at the 2010 USA summer nationals, finishing ahead of world record holder Aaron Peirsol. That finish qualified him for his first two major international teams – the 2010 Pan Pacific Championships, and the 2011 World Championships.

With a fifth place finish in the 100 back at Pan Pacs and another fifth place finish in the 100m backstroke at Worlds, Plummer looked to be as close as a lock as anyone to make the 2012 Olympic team. Nick Thoman was the only American man still swimming who’d beaten Plummer internationally during that quad, and it only took a top 2 spot to qualify.

At the 2012 Olympic Trials, Plummer was third. Matt Grevers and Nick Thoman qualified to swim in London, and after his two years of being at the top of the American backstroke scene, it was over. Plummer was 26 although he was so close to his goal of qualifying for the Olympic Games, it was a long four years to go until the Rio Olympics where he could potentially achieve it. Still, Plummer committed to another four years to chase his Olympic dream.

In 2013, Plummer came back with a vengeance, qualifying for the world championship team and finishing with a silver medal in the 100m backstroke in Barcelona.

Although his success in Barcelona pinned him as one of the best backstrokers in the world, when 2014 rolled around, another name popped up: Ryan Murphy. At the 2014 Pan Pacific Championships, both Murphy and Grevers stole the spotlight in the 100m backstroke with second and third place finishes. Plummer settled for ninth overall, winning the ‘B’ final in a time that would have taken down Murphy for the bronze.

2015 proved to be almost a repeat pattern. Plummer missed the finals at the World Championships, finishing ninth. Still, he’d been on every major international US squad since 2013, and looked to be a top contender for a spot on the 2016 Olympic team at 30-years-old. In order to do that he’d need to beat at least two of Ryan Murphy, Nick Thoman, or defending Olympic champion Matt Grevers.

After an incredible NCAA season in 2015 and 2016, Murphy went into trials as the clear favorite. That made 2015 world championship bronze medallist and defending Olympic gold medallist Matt Grevers a clear favorite for second.

Plummer made a statement in the semifinals of the 100m backstroke at trials, dropping a best time of 52.12 in order to take the top seed heading into the finals. In finals, Plummer turned first at the 50-wall. He was out in front, going almost stroke for stroke with Ryan Murphy who made a quick move at the finish to win. The scoreboard read a ‘1’ next to Murphy’s name, and a ‘2’ next to Plummer’s. At 30-years-old, Plummer had qualified for his first Olympic Games.

The ups and downs of Plummer’s career could have easily swayed weaker men from their goals. There were plenty of first-time Olympians on the team, most of which were in their early 20s. 10-years their senior to some of the athletes such as Murphy, Plummer had finally achieved his goal. When the dust settled in Rio, Plummer wound up with an individual bronze medal in the 100 back and a gold medal as part of the American 4×100 medley relay.

He had to swim close to a world record to qualify, and he beat out Matt Grevers, the defending Olympic champion.

After his races in Rio, he looked pleased and kind of relieved.

He could give an interesting talk about what he was thinking and feeling in his moments of maximum pressure.

Maybe he was just tried to swim and not think at all.

Congrats to him!! Well deserved!! Is he still swimming or has he retired??

Glad to see him win a Swammy. I personally thought he should have won the Golden Goggles perseverance award. While all of them deserve it, I see him as the one with the “Is it worth it?” question looming the most over his head. Vollmer and Ervin already had individual and relay Olympic gold medals, while Baker is still in the beginning of her collegiate/professional career. On the other hand, Plummer was risking all that time and energy at his age with the least certainty of the payout. If that isn’t perseverance, I don’t know what is.

Don’t forget the money and time away from his family that he sacrificed for a slim shot.