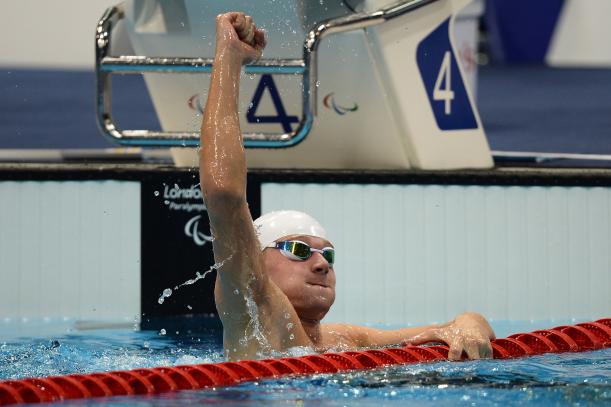 That bettered his 2012 total – an already-impressive 5 golds and 1 silver. Boki was the only swimmer to hit 5 golds in Rio. He also ranks 6th in total medals, having won 7 at the Rio Paralympics.

That is some insane versatility, no doubt. Congrats to mister Boki. I like how the picture is from the London Paralympic Games, that’s fantastic.

And a world record