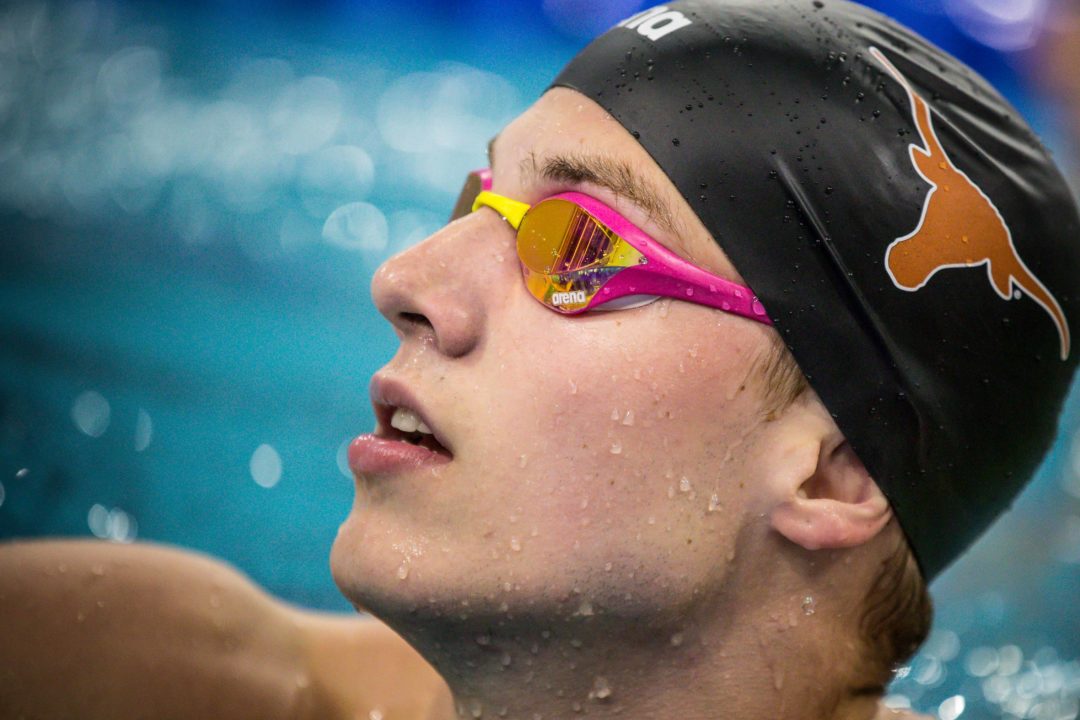 The Texas men lead all teams with six swimmers hitting automatic qualifying times so far this year, and the Texas women have four swimmers locked in. Archive photo via Jack Spitser/Spitser Photography

It’s been an odd fall semester of NCAA swimming, but that hasn’t stopped the nation’s top college swimmers from scorching some early fast times. Today, we’re taking a look at which athletes have already locked in NCAA invites, and later today, we’ll look at which athletes are in good position to earn invites without A cuts.

The NCAA selection process is a bit complex. The most-simplified version is that athletes who hit “A” cuts are automatically qualified for the meet. They can also add second and third events where they have “B” cuts.

The remaining “B” cuts are slowly added to the NCAA invite list based on national ranks as of March. So the athlete listed below with “A” cuts are effectively locked in for NCAA qualifying and could skip resting for their conference meets.

Each of these athletes is automatically qualified for the NCAA Championships:

What happens if Texas has more than 17 Automatic qualifiers? Who stays home? I know, I know, Texas fan arrogance, but it was fun to write this, so…

How do Corbeau’s converted swims count?

Long course conversions have counted for NCAA qualifying since 2015: https://swimswam.com/ncaa-to-add-long-course-meters-back-into-rulebook-as-approved-course/

So Kate Douglass is already qualified in more events that she can swim at the meet. Casual.

How does UVA not have 100 A cuts already? Not even the most in the NCAA?