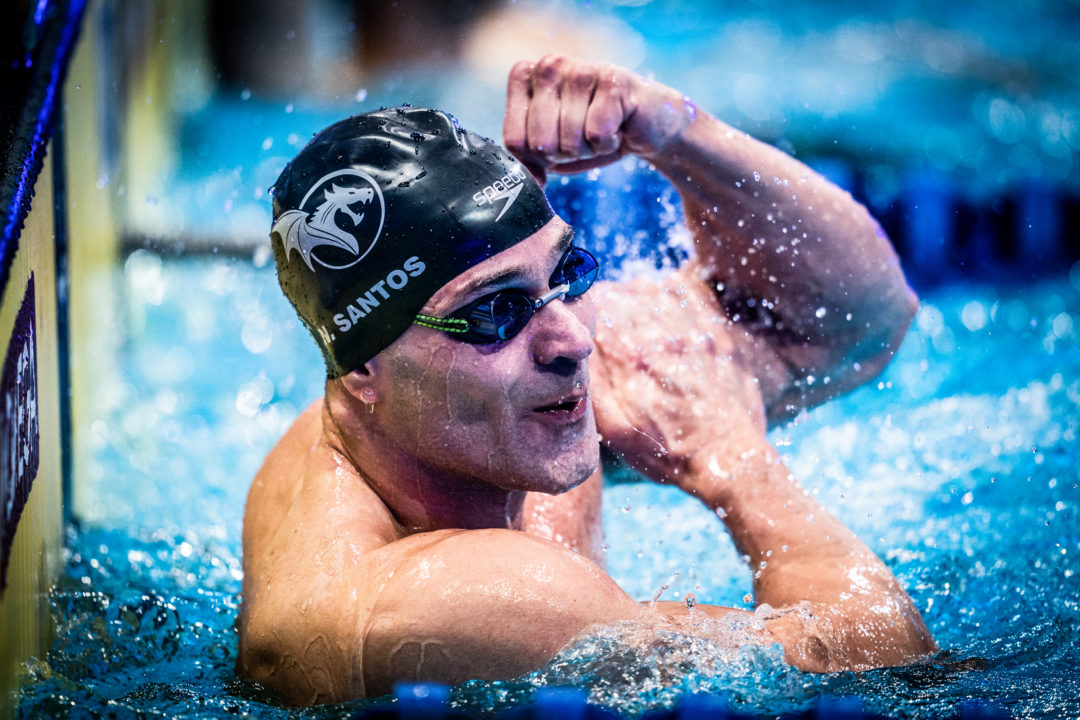 Even at age 40, Nicholas Santos continues to get it done in the 50 fly, setting the ISL record and winning four of his five meets in 2020. Archive photo via Mine Kasapoglu

Even at age 40, Nicholas Santos continues to get it done in the 50 fly.

16 years removed from his first-ever World Championships medal (a 50 free bronze at Short Course Worlds in 2004), Santos remains one of the foremost butterfly speedsters on the planet.

He won 4 of his 5 meets in the 50 fly, besting elite swimmers like Caeleb Dressel, Andriy Govorov and Chad le Clos. But while it would have been understandable for a 40-year-old veteran to focus entirely on the 50 fly, Santos stepped up to pull his weight for Team Iron in the busy ISL format.

He swam the 50 fly, 100 fly, and two relays in every regular-season meet, putting up key 100 free and 100 fly splits. His regular-season finale 21.78 in the 50 fly shattered the ISL’s record and finished the season as the #1 swim in the world for the short course meter event. That swim was just .03 seconds away from Santos’ own world record, set in 2018.

Here’s a look at all of his ISL swims across the busy season of competition:

King!! Nick Santos is an example of professionalism in our sport.

Isn’t it fair to be suspicious of Mr. Santos here?? He has failed a drug test before and his physique, especially at age 40, is somewhat questionable.

He somehow seems to be one of that guys that everyone has forgotten… weird how it goes.