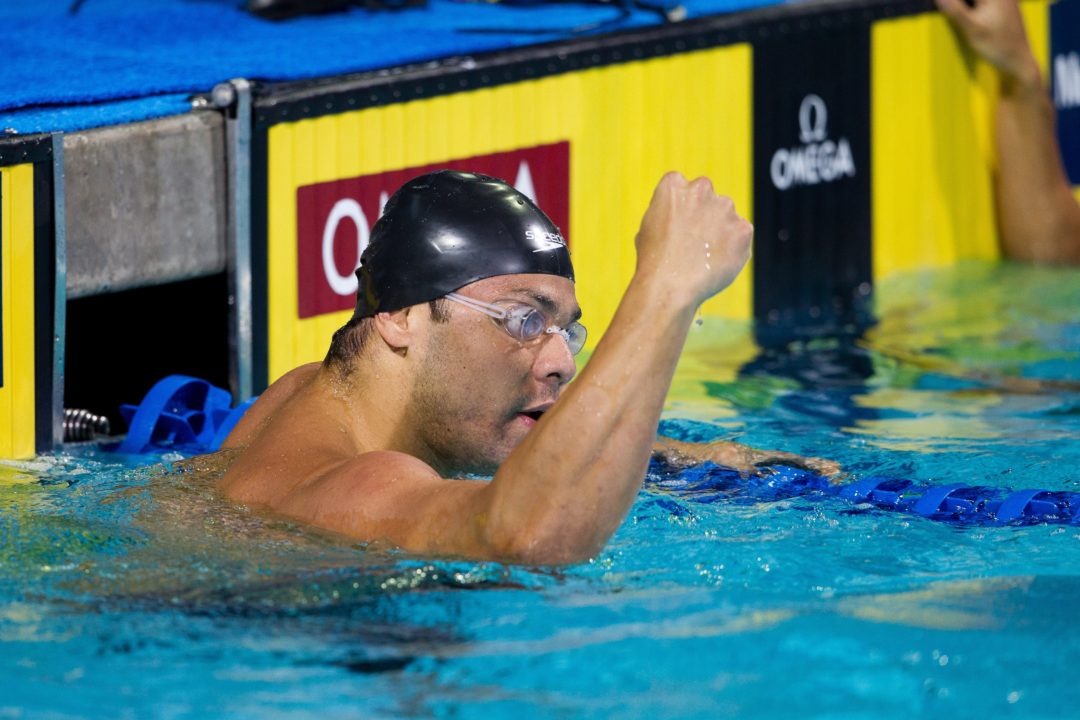 Felipe Franca da Silva had an outstanding season highlighted by his performances at the World Short Course Championships in Doha. The Brazilians finished atop of the medal standings in large part to Franca who won both the 50 and 100 breaststroke and was part of three relays that took gold. In all he was part of five of the seven gold medals that the Brazilians won at the Championships.

Franca teamed up with Guilherme Guido, Nicholas Santos and Cesar Cielo in the men’s 4 x 50 medley relay winning in a new world record time of 1:30.51. He was also part of the South American record setting men’s 4 x 100 and mixed 4 x 50 medley relays that took gold in Doha.

Franca ends the short course season with the world’s top times in both the 50 and 100 breaststroke.

In the summer Franca took the silver in the 100 breaststroke at the Pan Pacific Championships posting a time of 59.82 which ranks ninth in the world.

He then went on to sweep the breaststroke events at the South American Championships. At the same meet he joined Etiene Medeiros, Daynara de Paula and Matheus Santana setting a South American record in the mixed 4 x 100 medley relay.

HONOURABLE MENTIONS (IN NO PARTICULAR ORDER)