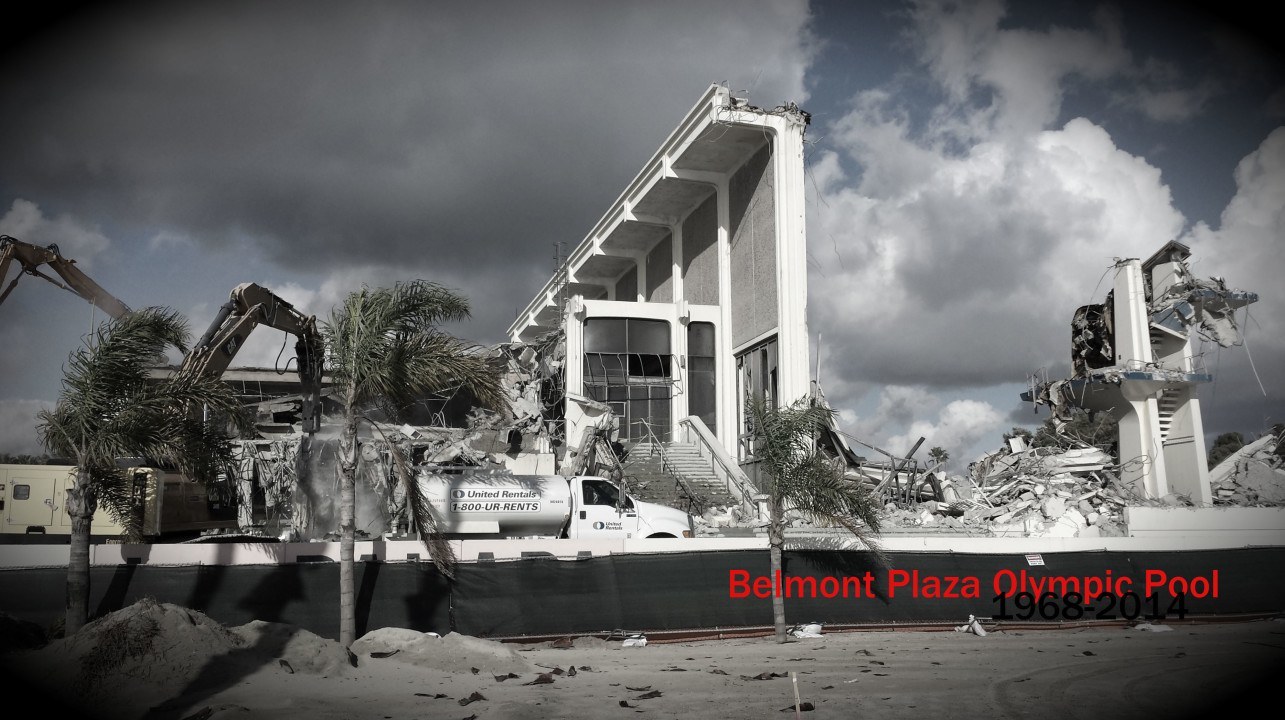 After 47 years as one of the legendary venues for aquatics in the United States, the old Belmont Plaza Olympic... Current photo via Lucy Johnson

After 47 years as one of the legendary venues for aquatics in the United States, the old Belmont Plaza Olympic Pool is no more, as demolition crews in Long Beach took the old building down over the last month in the waning twilight of 2014.

See below for videos of the pool’s deconstruction and demolition, plus a set of pictures from the teardown, thanks to Lucy Johnson.

Video via Chaz Curry, a producer who is putting together a documentary on the pool called “Diving for Gold.”

Photos below, all via Lucy Johnson:

I felt a great disturbance in the force, as if a million voices cried out in terror and were suddenly silenced.

The Dark Side it is…

I loved this pool. I lived right down the block from it for years! I wanted to take my daughter there once. Can someone tell me if they are going to build another pool on that sight, or is that piece of ocean side real-estate going to become condos? It would be a shame…….I see the Fort Lauderdale Florida pool in a similar situation.

Mark – see the pile of links in the above articles, discussing what is going to happen at the old Belmont site.

Awesome! This was a great article with good ending for a historic pool.