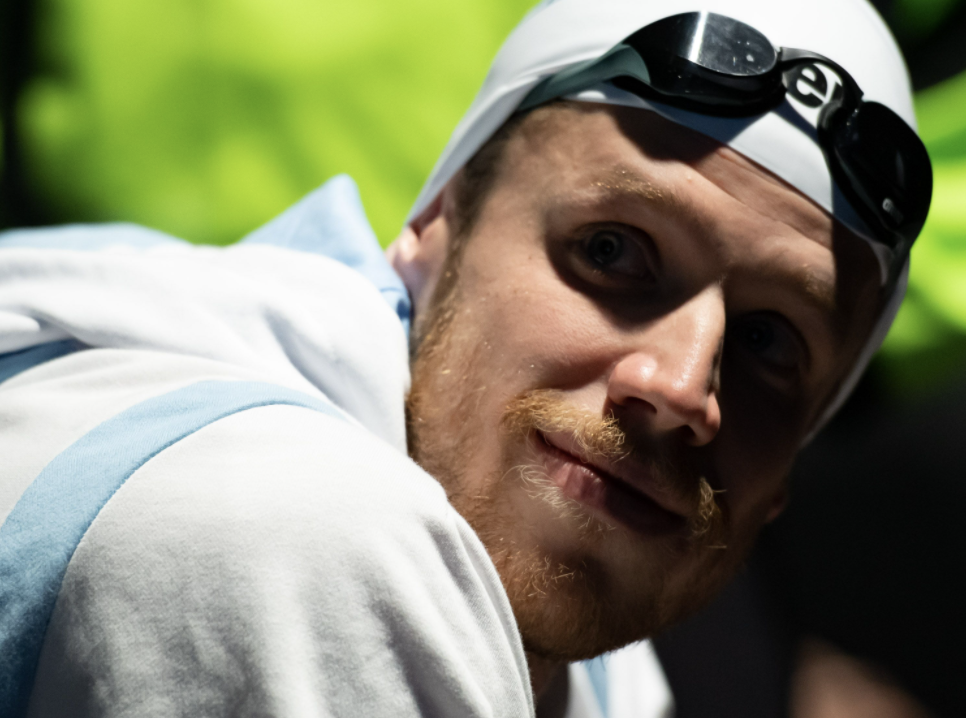 Racing himself as a time trial in his native Heidelberg national training base home, the 29-year-old busted out a big-time mark of 1:56.42. The time checks-in as the Olympian’s 2nd fastest performance all-time, sitting only behind his 1:55.76 clocking from 2017. That outing represents the German national record.

Heintz holds the top 13 performances clocked by a German male in this 2IM. For perspective, his 1:56.42 time trial here is quicker than the 1:56.86 he put up in Gwangju last year to place 4th in the World Championships final. His time tonight would have garnered the silver medal in that race won by Japan’s Daiya Seto in 1:56.14.

In terms of the season’s rankings, Heintz now inserts himself onto the list as the world’s 3rd fastest performer.

Heintz competed for the Aqua Centurions during season 2 of the International Swimming League (ISL), with his season-best short course 200 IM time represented by the 1:52.78 he produced in match #2. He owns the German national record in the SCM 200 IM with his PB of 1:51.92 from the 2015 FINA World Cup Series.

If he works on his turns, he’ll be in good form next year!