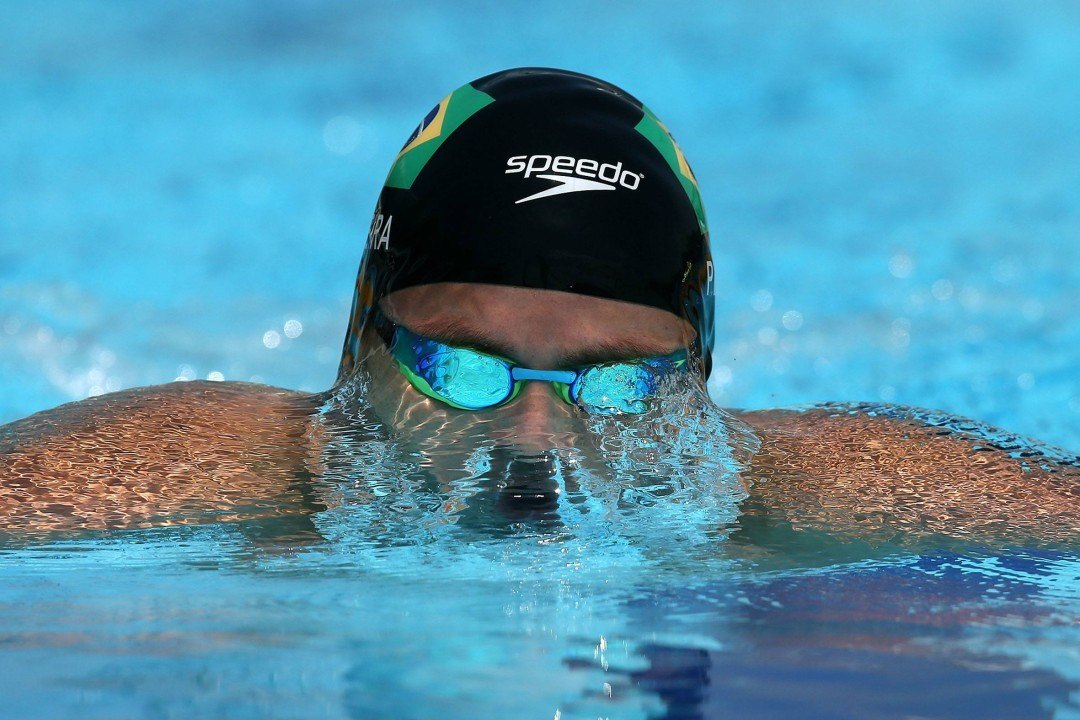 In 2015, Pereira competed at his fourth Pan Ams, taking home 5 total medals and becoming the most decorated athlete in the history of the international sporting event with 23 total medals. Archive photo via Satiro Sodre/SSPress

Editor’s Note: We have combined the Central American and South American awards for 2015, as we feel this gives more depth to the award.

For the male South American Swimmer of the Year, we head to Brazil, where one veteran athlete crossed a historic plane in 2015.

29-year-old Thiago Pereira has been a Brazilian swimming sensation since first breaking onto the scene in 2002 with a gold medal at the South American Games at the age of 16.

A year later, Pereira would have his big international breakthrough at the Pan American Games, winning a pair of medals – his first international hardware.

Little did Pereira know that those two medals would be the beginning of a record-setting Pan American Games career. In 2015, Pereira competed at his fourth Pan Ams, taking home 5 total medals and becoming the most decorated athlete in the history of the international sporting event with 23 total medals.

Pereira took on a brutal event lineup in Toronto, originally entering 8 events and swimming in 6 of them. Pereira won golds as a member of all three relays, plus silver in the 200 IM and bronze in the 200 breast.

Pereira even attained the Pan Ams medal record despite some major adversity: the Brazilian was disqualified after winning what would been his fourth gold medal in the 400 IM, wiping out medal swim #24.

But undaunted, Pereira would return at the 2015 World Championships in Kazan to put up the highest finish of any Brazilian pool swimmer, taking a silver medal in the 200 IM