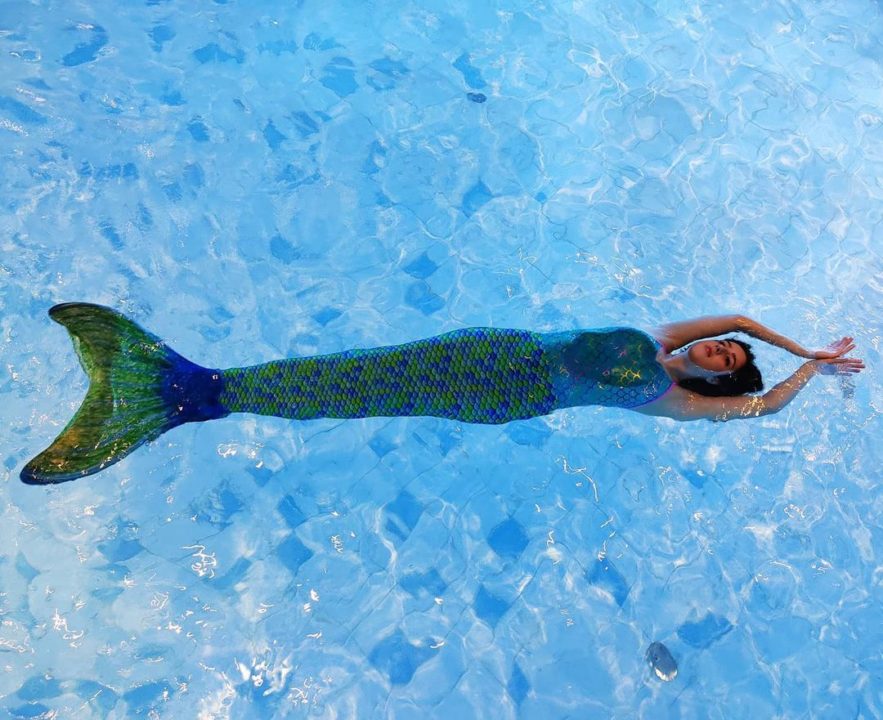 And perhaps nobody in the aquatics community rode that wave better than Slovakian synchronized swimmer Silvia Solymosyová.

The 17-year old posted her first TikTok video on December 29, 2019, and already has pulled in more than 1.1 million followers. She has multiple videos that have cracked 1-million likes on the platform, and is leading a rebirth of artistic swimming (aka synchronized swimming) as a social media powerhouse in the aquatic world.

But on the internet, especially in the short-form social media world, the artistry of synchronized swimming plays well as a unique twist on the dance trends that rule TikTok. There is literally nobody in the aquatic community better-equipped to catch the momentum of TikTok than synchronized swimmers.

While most of your favorite pool swimmers are not yet on TikTok, Solymosyová and other synchro athletes have made it big on the platform.

The videos are creative, innovative, and show incredible control and artistry. She even had the most-liked video on SwimSwam’s Instagram account of the last year, with over 22,000 likes (link).

She even got a cameo in a music video for Dua Lipa’s single Levitating (link).

She’s not just a novelty act, either. Solymosyová was selected for the 2019 World Aquatics Championships in Gwangju, serving as one of two reserves in Slovakia’s free routine combination team that placed 13th.

Swimmers have been known to be a little stiff, a little bland, a little regimented, and she even poked a little fun at that in this video on Instagram (link). Solymosyová’s videos are the opposite of that, and maybe the paradox is that a little more freedom to get distracted in the water is what we all need to keep us more focused in the water.

The video below was Solymosyová’s most-liked, with almost 7 million likes This could be the biggest thing that’s happened to synchronized swimming outside of Russia in a generation. Don’t be surprised if your swimmers are tuned in to ‘that other aquatic sport’ next summer in Tokyo to see one of their TikTok favorites compete.