For most swimmers, the plane ride home from competition is a chance to relax, recover and get ready for the next practice. But some teams just refuse to leave the training grind - even while stuck in an airport. Stock photo via Tim Binning/TheSwimPictures.com 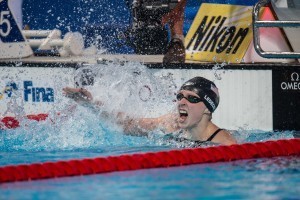 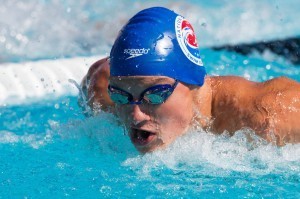 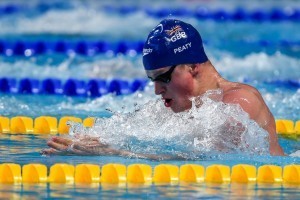 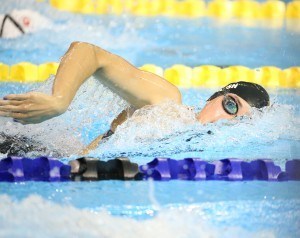 For most swimmers, the plane ride home from competition is a chance to relax, recover and get ready for the next practice. But some teams just refuse to leave the training grind – even while stuck in an airport.

OK, so the Louisville Cardinals’ viral video wasn’t exactly a workout in the traditional sense. But it did do some major work on social media, where it blew up into one of the year’s most entertaining swimming-based videos.

Louisville was on its way home from a dual meet with the University of North Carolina and decided to have some fun with the airport’s moving sidewalks. You can see the result above, or in this tweet:

Haven’t seen the video yet?? Check it out here courtesy of @kelsiwhirl : https://t.co/PfAjKSrlHI

The breaststroker on the medley relay might have false started, but that doesn’t disqualify the Cards from taking home our 2015 Swammy Award for the Viral Video of the Year.

(Kelsi Worrell gives some behind scenes info about the video here)