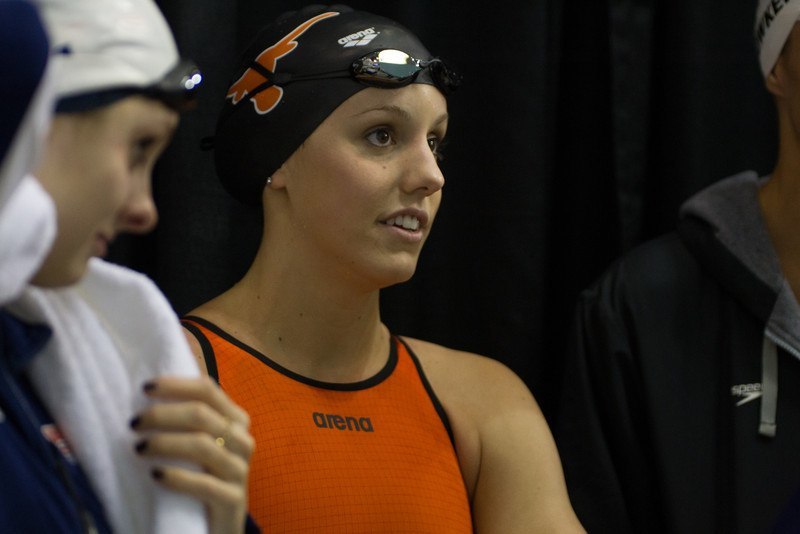 Matthew Broussard, boyfriend of former US National Team member Laura Sogar, gave swimming a big moment on a big stage in February of this year. Archive photo via Arena

Stand-up comedian and former registered Masters swimmer Matthew Broussard hosted the 2019 Golden Goggles Awards, where he made several jokes about swimmers and swimming. But, that’s not where he got his start in Swim Comedy.

In early 2019, Broussard made an appearance on The Tonight Show Starring Jimmy Fallon, where a big portion of his set revolved around his girlfriend Laura Sogar, a former US National Teamer and NCAA All-American swimmer.

Sogar, who is now retired according to Broussard, won a silver medal in the women’s 200 breaststroke at the 2012 Short Course World Championships in Istanbul, and added a bronze in the women’s 400 medley relay. She won the same two medals in the same events at the 2013 World University Games in Kazan.

The post is our second most-viewed video post of 2019 (behind the one debating over Lilly King’s disqualification at the World Championships, which made the rounds less because of the video and more because of the debate).

Is that Dave durden that fell on his butt? The end was totally worth the wait