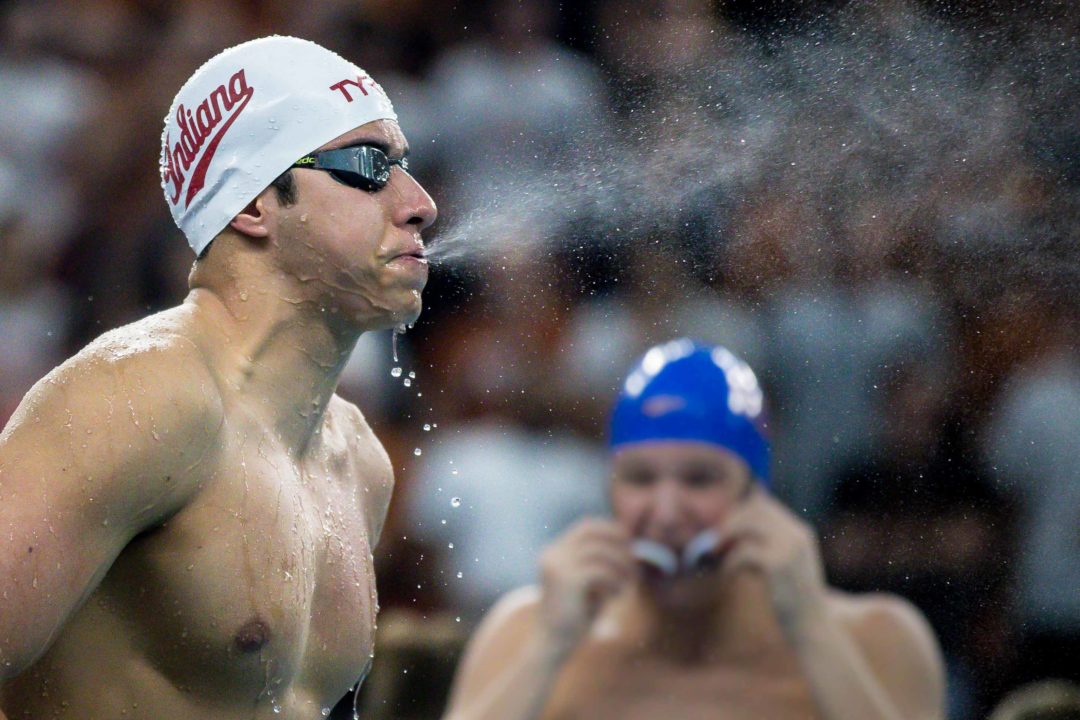 Parlaying a solid (albeit shortened) senior NCAA season with a record-breaking debut in the International Swimming League earns Mohamed Samy the 2020 Swammy Award for African Male Swimmer of the Year.

Samy started off the year in the midst of his fourth and final season with the Indiana Hoosiers. The 23-year-old earned a pair of third-place finishes at the Men’s Big Ten Championships in late February in the 100 and 200 freestyle, took fourth in the 200 IM, and also anchored a pair of winning free relays.

Despite a disappointing third-place finish for Indiana in the team standings, surprisingly falling to Ohio State, Samy contributed 80 points individually. With his final NCAA Championship meet cancelled due to the COVID-19 pandemic, Samy ended the year ranked 11th in the country in both the 200 free and 200 IM, 20th in the 100 free and 23rd in the 200 back.

Fast forward eight months, which included travelling back to Egypt and undergoing difficult quarantine conditions that kept him out of the pool for an extended period of time, and Samy was set to make his professional debut with the DC Trident inside the ISL’s Budapest bubble.

Despite only appearing in two meets, the rookie notched six new Egyptian Records, with his top finish being a fifth in the 200 IM in Match 2.

Prior to the ISL season, the IU alum had no swims on record in short course meters. He adds the six SCM national records to the two he already owns in the long course pool — the 100 freestyle (48.92) and 50 backstroke (24.95).

Though he didn’t get any official long course racing under his belt this year, according to the USA Swimming database, Samy was in action at the end of 2019 at U.S. Winter Nationals, producing that 200 IM lifetime best along with coming close to his PB in the 100 back (55.32).

This is a choice

This award is outrageously dumb

Not fair since not all African swimmers had the chance to compete this year.

lol what le clos was the best male African swimmer this year, his 100 fly is only 0.36 slower than Samy’s 100 free lol

Agreed! I’d be interested in hearing the justification for Chad not winning this award.

First, Chad didn’t go any best times (even though his times were still very fast and close to his bests), that might have been a factor. Still I’d argue that le Clos was much more impressive. Also, he’s relatively old so it would be harder for him to go a best time.
Aside from his first SCM swims, Samy went a best time in the 200 IM SCY at Big Tens (1:42.85, old best 1:43.89), but nothing else.
Samy’s SCM times seem less impressive than his SCY/LCM times, but he did face difficult quarantine situations, and maybe another quarantine kept him from swimming a lot of ISL. Though Samy had 2020 very hard, many others did too.

If you’re only going to use best times, I’m sure there are a bunch of 10 year olds who should have won this award as well…