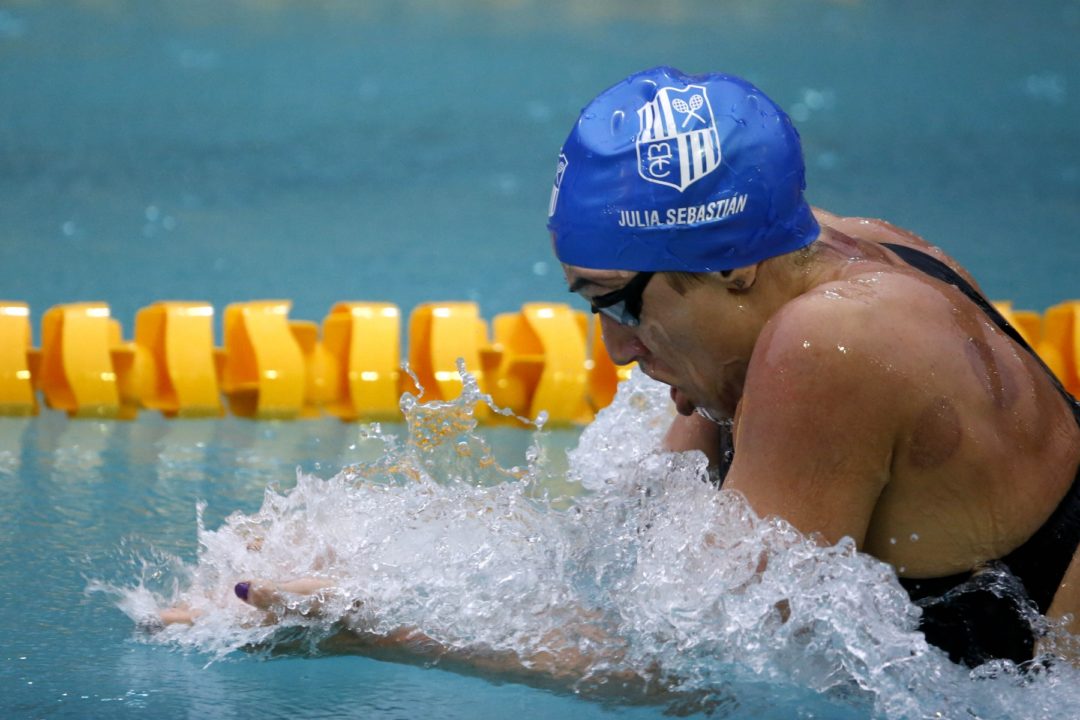 She was 1:05.06 in the 100 breast and 2:20.51 in the 200 breast at the International Swimming League (ISL) final. That 200 breast brought a 5th-place finish and a valuable four points for the LA Current, one of the four ISL finalist teams this season.

Without branching beyond breaststroke, Sebastian still carried a heavy load for the Current this season, leading the team in all three breaststroke events and carrying a key leg of the team’s women’s medley relay. In that final, Sebastian split 1:05.0 on the medley.

Sebastian broke 100 and 200 breast South American records in 2019, but the coronavirus pandemic mostly robbed her of chances to lower those records in the year 2020. Still, the Argentine breaststroker made the best of it, and her two dominant short course records suggest she’s gaining momentum into next summer’s Olympics.