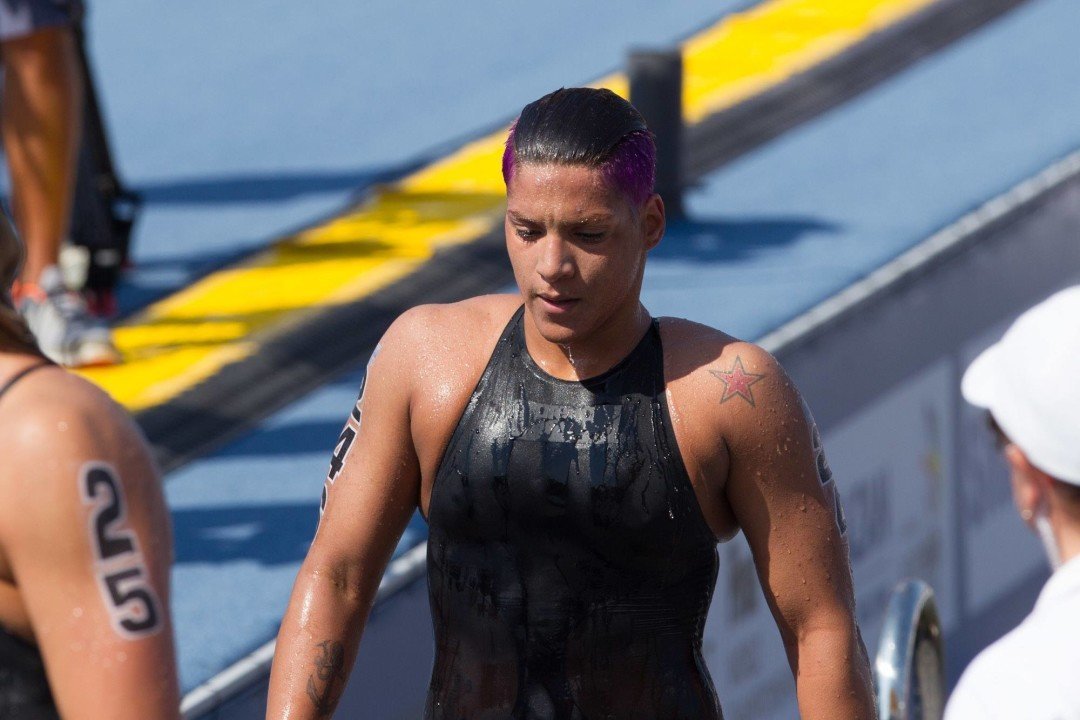 Ana Marcela Cunha of Brazil won the 25 km event in Kazan along with qualifying for the 2016 Olympics in the 10 km event... Current photo via Tim Binning/TheSwimPictures.com

At the 2013 World Championships in Barcelona, Brazilian open water star Ana Marcela Cunha brought home a silver in the 10 km event and a bronze in the 5 km event. After missing out on the 2012 Olympics, Cunha made sure she made her mark in 2015, improving on her 2013 results and earning a spot on the 2016 Brazilian Olympic team.

In Kazan Cunha won the 25 km, collected a silver in the team event and a bronze in the 10 km. Her medal swim in the 10 km secured her participation in the event in Rio.

Yesterday Cunha was named the 2015 Brazilian Athlete of the Year.