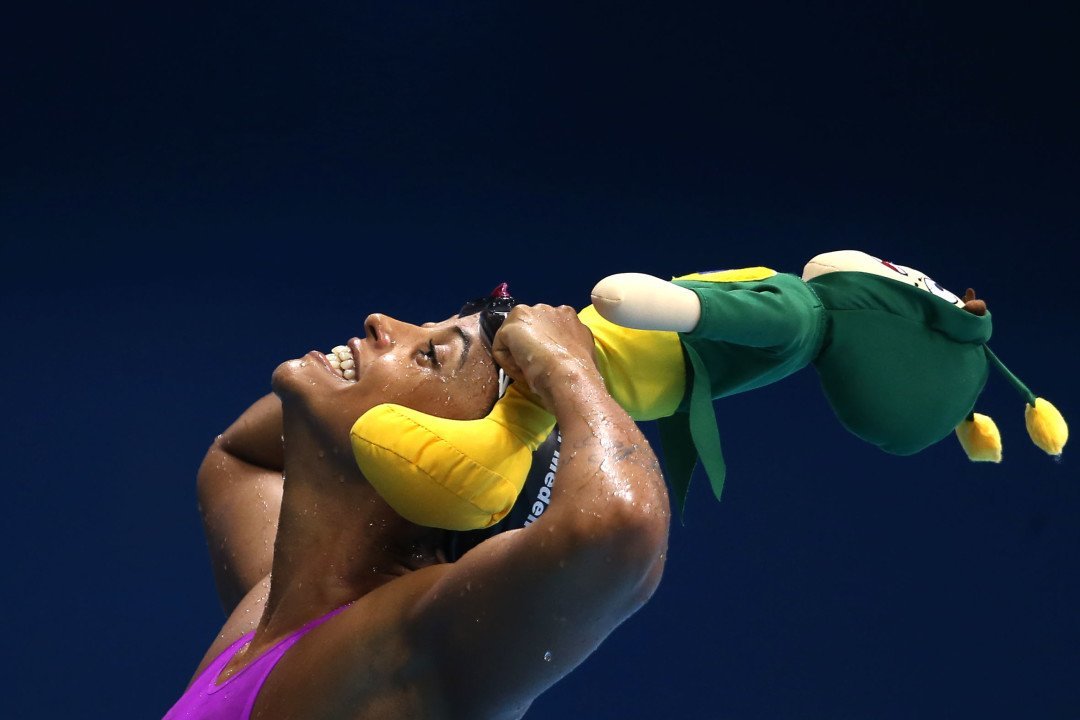 After setting South American continental records in both the long course and short course 50m freestyles over the course of the year and grabbing a pair of FINA Short Course World Championship medals, Brazilian standout Etiene Medeiros is our South American Female Swimmer of the Year.

Unlike many of our Swammy winners this year, Medeiros’s biggest victories did not come in the Olympic event finals (although she did post the highest finish of the female South American pool swimmers, with a 24.69 for eighth in the 50 free). Instead, Medeiros set her South American record in the Olympic semifinal with 24.45.

And then, last week, Medeiros defended her world championship title in the 50 SCM backstroke, coming in ahead of Katinka Hosszu and new American record holder Ali DeLoof to post 25.82, just .15 off her own world record. Medeiros also played the lead-off leg to Brazil’s silver medal 4x50m mixed medley relay, swimming 25.93 as one of only two women to swim the backstroke portion of the event.

Well Medeiros has great results, but lets not forget about her positive result right before the olympics! What a coincidence she was from the host familiy and did not get punished at all!!! Way to celebrate doppers swimswam!

Not trying to cheer doping athletes, Medeiros was caught with a medicine she ALWAYS use(several years) against asthma.The problem:the lab didn’t receive the TEU when her sample was collected.